With Glen Keith it’s always a bit of a guess whether you’ll find the bottles in a web shop’s closed distilleries section or not. Technically, it’s not a closed distillery any more, but the sales that come from that term are so nice!

Anyway, there’ve been quite a few nice Glen Keiths over the years. Their top year seems to have been 1970 (this and this), but those bottles have all come and gone by now. Now most of what’s released is much younger, but the ones from the early nineties seem to be doing very well for themselves too.

I got a sample of this in a recent swap and in a ‘random grab from my sample box’ I picked up this and I tried it. 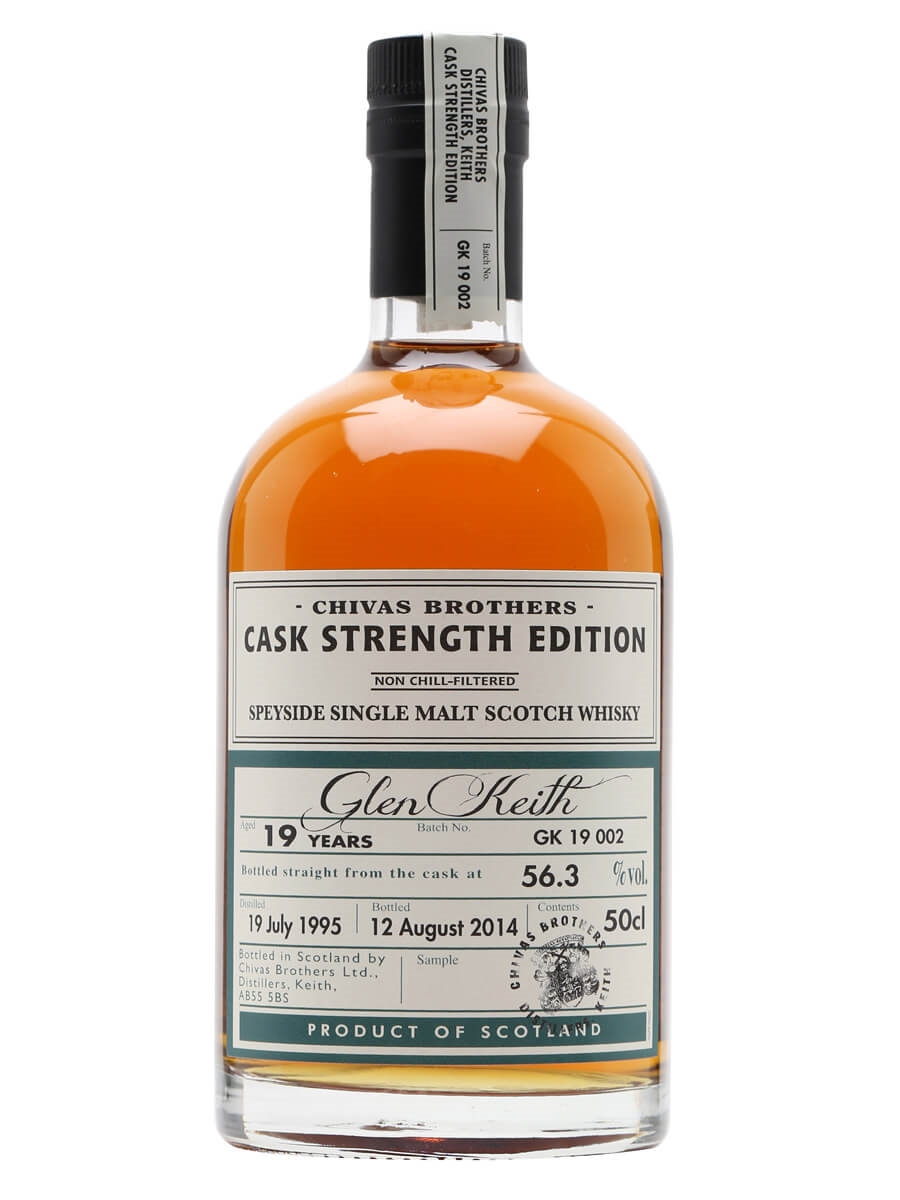 Sniff:
Barley and caramel at first, then oak is added. Strangely, I also get some rubber, like old Allstars sneakers. The caramel starts taking over after that, but there’s suddenly also some fried banana, toasted oak and a very light salinity.

Sip:
The palate offers sweet grains with quite some focus on the alcohol. Sharp and dry. The caramel is back too, with oak, sweetness and toasted oak again. Some banana but not much other fruits.

Swallow:
The finish continues down the same path. Barley, lots of sweetness, almost to a cloying level now. Banana, roasted grains (like muesli). Caramel and some raisins.

It’s a bit of a strange one. I think it has all that’s needed to be a truly good dram, but it never pulls it off.

On the whole it’s slightly too sweet and the oak is just oak. The banana is slightly too cloying and there’s not much else going on that warrants me being more enthusiastic.

I know it scores high on Whiskybase, but it’s just not my style of dram. Or so it seems…

I'm very interested in booze, with a focus on whisky. I like to listen to loads of music and play lots of Magic: the Gathering, and board games too. I'm married to Anneke, have two daughters Ot and Cato, a son Moos and a cat called Kikker (which means Frog, in Dutch). I live in Krommenie, The Netherlands.
View all posts by Sjoerd de Haan-Kramer →
This entry was posted in Glen Keith and tagged 1995, Cask Strength, Chivas Brothers, Closed Distillery, Glen Keith, Speyside, The Whisky Exchange. Bookmark the permalink.