The rest of the day in Speyside

Apart from our kick-ass tour at BenRiach distillery we spent the rest of the day driving through the countryside. I was planning on visiting Macallan and Aberlour. The latter as much for their supposedly stunning bottling as for the distillery.

When coming from Inverness it takes a while before you start seeing any distilleries (not until Elgin, more or less) but the fun started earlier when I found out we were on Millburn Road and I could start looking out for that now restaurant.

We spotted Millburn early (hard to miss if you know what to look for) but then it was on the shoulders of the Scottish countryside to entertain us, and while more gentle and ‘cute’ than the Highlands, Speyside is a pretty nice area to drive through. After seeing a road sign pointing to Benromach, Glen Moray and Dallas Dhu I knew we were getting into Whisky Country. We had an hour to spare so a stop at Glen Moray was added to the plans. Not for a tour, mind, that would take too long. 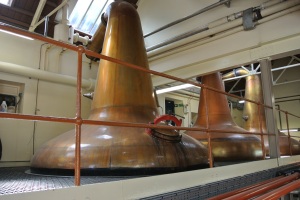 The stills at Glen Moray

The folks at Glen Moray are of the friendliest kind and didn’t mind me taking pictures of anything. I could just walk into a warehouse and take a picture and the same went for the still room. “As long as you don’t get in the way”. The shop still had their 30 year old (without the case) at a whopping £ 110 discount so I took one bottle for me and a few for friends. I also found a 20cl bottle of their peated spirit which was too interesting to pass up. 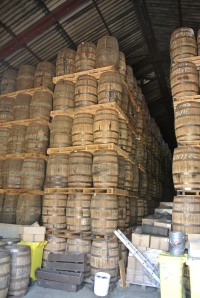 The casks were making me thirsty

After the tour at BenRiach we continued south towards Aberlour. On the way you drive past lots of other distilleries, especially since we took a slight detour in the direction of Strathisla.

At Macallan distillery there wasn’t much to do unless you take the tour. The shop has lots to offer but no distillery only bottlings. Technically they had the coronation bottling but that was over my entire budget, and since I had blown most of my budget on the BenRiach Port finish…

We drove to Aberlour distillery after that and had a short stroll around the premises without entering the buildings. The weather had turned a little bit less good so not as many doors were open. The shop offered many interesting things. They have their bourbon and sherry cask bottlings, but also a celebratory bottling of some kind that was supposedly getting very collectible. Unfortunately for their daily turnover I am a drinker and not an investor, so I went for the regular distillery only, the bourbon cask. I had a taste of the sherry cask and that is an absolutely stunning whisky. 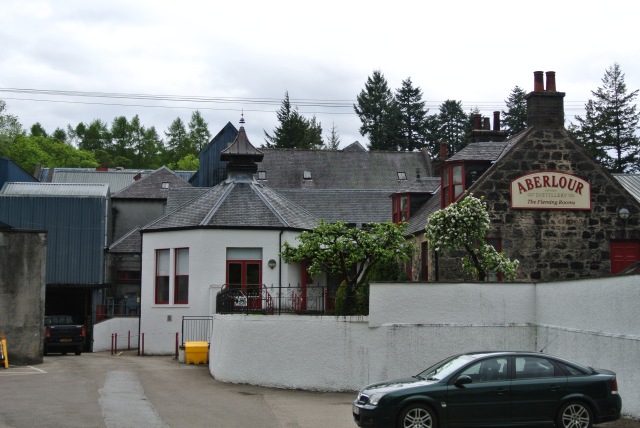 After Aberlour we tried a visit to The Mashtun for a quick bite before the drive home, but their restaurant wasn’t open yet. We gave the wee one a bottle and left again. The drive home took us past some of the southern Speyside distilleries so we saw Glenfarclas, Tormore and some others.

I'm very interested in booze, with a focus on whisky. I like to listen to loads of music and play lots of Magic: the Gathering, and board games too. I'm married to Anneke, have two daughters Ot and Cato, a son Moos and a cat called Kikker (which means Frog, in Dutch). I live in Krommenie, The Netherlands.
View all posts by Sjoerd de Haan-Kramer →
This entry was posted in - Distillery, Aberlour, BenRiach, Glen Moray, Macallan, Millburn and tagged Aberlour, BenRiach, Glen Moray, Macallan, Millburn. Bookmark the permalink.