Ever since I am findable on the Internet I’ve been trying to make lists of all cool stuff that I encountered over the year. Last year’s music and whisky posts are there, as are the posts from years before. I already did this on my previous blog which is no longer in existence.

This listing experience always starts around Christmas, since between then and New Year’s nothing much happens usually. I might find another top notch dram or start liking a new record, but most of the time that will not be ground breaking.

Looking back at my ‘Music in 2012’ post, I do see that I was not paying attention at the end of the year since that list doesn’t make sense at all. The records that should have been in my top ten instead of Regine Spektor, Martha Wainwright and First Aid Kit should be Alt-J, Grizzly Bear and The Old Crow Medicine Show.

Why weren’t they? Alt-J I didn’t start liking until January of this year, but then I played it almost daily. Grizzly Bear was probably in some blind spot since I had that, and liked it, but didn’t realize how good it was until after, and I didn’t even find out about Old Crow Medicine Show’s 2012 record until July of 2013.

Anyway, I hope I don’t botch this list up as much as last year. I don’t think so since, to me, 2013 was a fairly weak year in music. Some records that came out were kick ass, like the following ten, but my ‘honourable mention’ list is very short this year.

Nepenthe is a nice restaurant in Big Sur, California that we had dinner at some four years ago. Apart from that bit of trivia, this record by Julianna Barwick is really good at its loops and build up. I had to get used to the sounds a bit during the previous album, but this one stuck with me right away. Lovely and atmospheric. 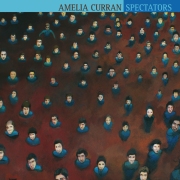 A fairly random singer-songwriter record. At least, that’s how I first saw this. But during the year (this one has been around for a while) I listened to it a lot and really love the vocals. It also feels like a record that questions a lot of things, but that might be just me.

Something that took me a couple of before really appreciating it. The GMF song is what initially did it for me. Now, some months after I really appreciate the rest of the record too. Lots of synthesizers behind simple vocals. Great stuff!

One that popped up rather late and also took me a couple of spins. I didn’t really enjoy Vampire Weekend earlier than this record but here the song writing and music is really catchy. And it doesn’t hurt to have a happy sounding record in my list for a change.

6: Of Montreal – Lousy with Sylvianbriar

The same as with Vampire Weekend, I didn’t really enjoy Of Montreal before this record. This one feels like a modern iteration of Neutral Milk Hotel. Which I love.

Another late release. Not as good as The Suburbs or Neon Bible, but still a lot of terrific songs on the album. The only drawback is that the record is too long. It’s a double album, but should have been just one, I think.

The redneck in me rears it’s head. Over the last couple of years I’ve started to love Americana more and more, and this is one of the better records I found so far. Not exactly country but a mix of different styles. The only bad thing is that, by now I have played this so much that it will probably be a while before I do so again. 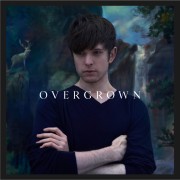 The annual electronic record in my list. Not the only electronic record from 2013 in my Spotify list. The build up of the songs is better than on James Blake’s earlier record, and I even love that one. Especially Retrograde is stunning. 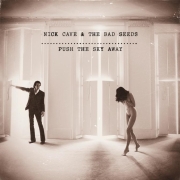 Nick Cave and the Bad Seeds

2: Nick Cave and the Bad Seeds

This had to be in this list, right? My favourite artists for the last decade and this record is a bit of a calm down after Grinderman and Dig, Lazarus, Dig. Great songs and the live versions are even better. 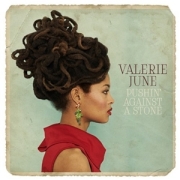 1: Valerie June – Pushin’ against a Stone

This record is one that I’ve been listening to for quite a while, but I find it in my playlist more and more. The last couple of weeks I think I’ve played it more than once per day so that’s saying something. The voice of Valerie June is something I had to get used to a bit, but by now I love it. Another Americana record that keeps the middle between styles of New Orleans, Tennessee and some Gospel is mixed in there too. Absolutely great!

I'm very interested in booze, with a focus on whisky. I like to listen to loads of music and play lots of Magic: the Gathering, and board games too. I'm married to Anneke, have two daughters Ot and Cato, a son Moos and a cat called Kikker (which means Frog, in Dutch). I live in Krommenie, The Netherlands.
View all posts by Sjoerd de Haan-Kramer →
This entry was posted in - Music and tagged - Music, Amelia Curran, Arcade Fire, John Grant, Julianna Barwick, Nick Cave and the Bad Seeds, Of Montreal, Pokey Lafarge, Valerie June, Vampire Weekend. Bookmark the permalink.