Apparently, even the SMWS tasting panel is something lost for words when naming their whiskies. I can imagine after having done about 4000 of them, but ‘Simply Delicious’ doesn’t sound very inspired…

Anyway, fresh bourbon barrel and Highland Park is a combination that works well more often than not, so picking this one at The Vaults seemed like a  good idea.

At the moment I’m thinking the Scotch Malt Whisky Society has spirit deals with Highland Park and Laphroaig, since there’s so much being released from these distilleries. Especially in the monthly outturn in the UK there’s almost always a Highland Park and a Laphroaig. So much now that the loyal sharers in the Bottle Share Club I’m in have started skipping them since we’re swimming in these samples.

My expectations for this one were: fruit, some mild spices and mild peat, quite some oak. Let’s see how that works out. 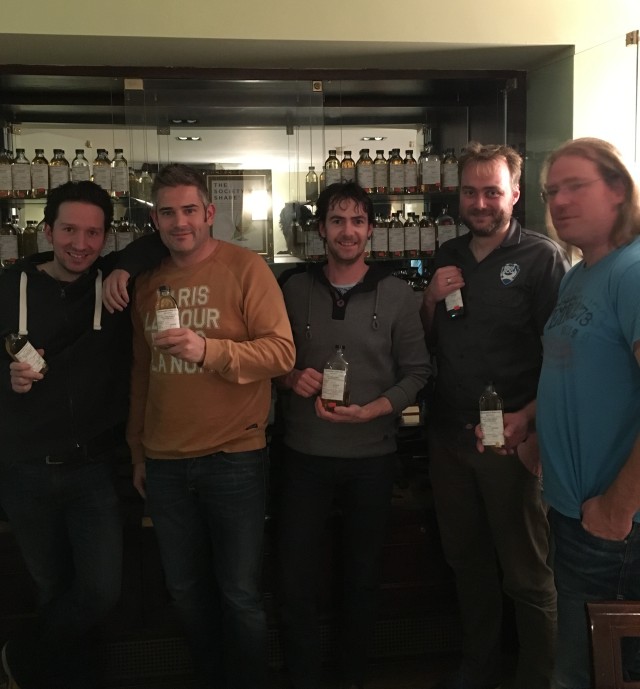 Sniff:
Quite sharp and heavy. The sharpness is logical at almost sixty percent. Lots of yellow fruit. Peardrops, pear, pineapple. Some chalk and white oak, and icing sugar. Lemon curd and custard too, with apple.

Sip:
Sharp, but not too sharp. It does bite a bit. Crisp fruit with sweet lemon curd. White oak.

Swallow:
The chalk is back again. The finish is light, and mellows quickly. Long and sweet. A real fruit bomb with pineapple, pear and lemon.

It’s fairly simple and straight forward. I did miss some spiciness and therefore it’s quite a simple dram. There’s loads of fruit, but I didn’t pick up any peat or much spices. A tad chalky, but not more than that. All in all a dram that’s sweet and fruity, but quite interchangeable. As in, I’ve also had Balmenach, Auchentoshan, and probably many others like this.

I'm very interested in booze, with a focus on whisky. I like to listen to loads of music and play lots of Magic: the Gathering, and board games too. I'm married to Anneke, have two daughters Ot and Cato, a son Moos and a cat called Kikker (which means Frog, in Dutch). I live in Krommenie, The Netherlands.
View all posts by Sjoerd de Haan-Kramer →
This entry was posted in Highland Park and tagged HIghland Park, Islands, Orkney, Scotch Malt Whisky Society, SMWS, The Society's Share, The Vaults. Bookmark the permalink.