Almost two weeks ago I went to a whisky tasting. Apart from the one I organized in April at De Whiskykoning it had been ages since I went, especially one hosted by my local bottle shop, Drinks & Gifts.

So, a home game, only a few hundred meters from my house. I still managed to be late. I had missed that this one started at 7.30 instead of eight o’clock. Silly me.

Anyway, initially the theme would be Cooper’s Choice, but that was changed into Cooper’s Choice and Valinch & Mallet. Without further notice the theme became ‘whatever Bresser & Timmer imports’. We ended up having some bottlings from Cadenhead and a Kilchoman as well. A tad strange, but nobody knew any of the bottlings (as far as I know) so I didn’t hear any complaints. 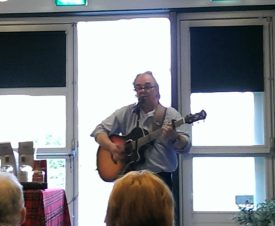 Jock Shaw then. A Scotsman turned Dutchman. He became Dutch after Scotland failed to vote Yes at the referendum a while ago. Before that he’d been living in The Netherlands for some 40 years or so. He’s a great chap who does hundreds of tastings throughout the country, mostly accompanied by folk music (his company is called Scotch & Folk).

I’ve met him a lot of times at festival where he generally mans the stand for Bresser & Timmer, a Dutch importer of a lot of brands. They import Cooper’s Choice, Cadenhead’s, Kilchoman, Tomatin, Compass Box, Glencadam, Teeling, Kavalan and dozens of other brands.

The tasting was pretty awesome, and it was made more cool by Jock’s shameless self-mocking, cabaret and music. A lovely time was had by all. 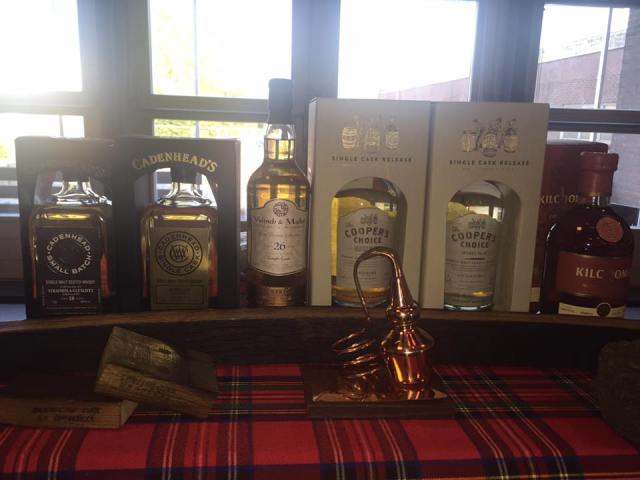 On the nose the whisky was spicy with some wood influence. There’s apple and pepper, and some old malt. The palate was quite sharp and peppery. Lots of oak and malt, some dried apple too. The finish, again, brought pepper, baking spices and some fruit. Quite long.

Not the most interesting whisky, but nice enough. I felt it didn’t taste like an 18 year old Strathisla should. It was lacking a bit of depth.

A good Mortlach and one that’s much better than most Bourbon matured Mortlachs I’ve had. Lovely and great flavors and complexity.

The only V&M bottling in the tasting brought licorice, both the candy and root on the nose. It also had caramel, cinnamon and creme fraiche. The palate is quite smooth with vanilla, soft oak, oak shavings en white pepper. The finish mellows quickly and has fresh oak, moss and other foresty greens. Licorice and caramel too.

This was the star of the show. Also the most expensive bottle on the menu, but in this case the money went straight towards awesomeness. Quite unlike many Linkwoods I’ve had, but unique in its own way. Especially the creamy note on the nose made it interesting.

Tomorrow I’ll post part two with the remainder of the tasting notes and some more ‘impressions’. But, let’s just say it was a great tasting so far! 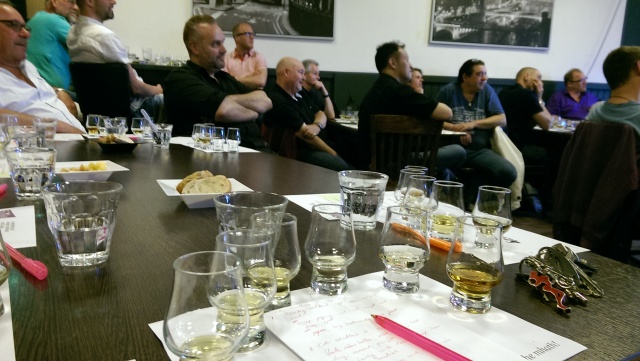 I'm very interested in booze, with a focus on whisky. I like to listen to loads of music and play lots of Magic: the Gathering, and board games too. I'm married to Anneke, have two daughters Ot and Cato, a son Moos and a cat called Kikker (which means Frog, in Dutch). I live in Krommenie, The Netherlands.
View all posts by Sjoerd de Haan-Kramer →
This entry was posted in Linkwood, Mortlach, Strathisla and tagged Drinks & Gifts, Jock Shaw, Linkwood, Mortlach, Strathisla, Valinch & Mallet. Bookmark the permalink.