A dram in the morning

Over the last decade I have read a lot about whisky. About the production process, the background and history of distilleries and (semi)scientific writings about which molecules have which influence during fermentation and maturation. In many whisky books and magazines you can read interviews with distillery managers and blenders and such. Always someone with a good nose and palate who can wax lyrically about their whisky. What they always say is that your palate is best at the end of the morning, right before lunch. 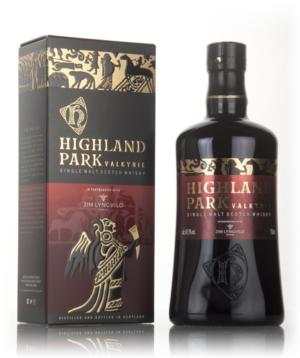 I always taken for granted that this is true, because their experience vastly trumps mine, and because it makes sense. Generally, apart from a cup of coffee, it’s been hours since you ate something, and you’re not too tired from the day’s doings. Good arguments, but (apart from at Maltstock) who drinks whisky in the morning?

Last summer I visited De Whiskykoning in Den Bosch during a morning I spent on my former home turf. I walked in right after he opened the front door. It was about a quarter past eleven when the owner of the shop, Rob Stevens, offered me a dram of something new that he really liked. The Highland Park Valkyrie, in this case.

I was a bit skeptical because it was rather early still, with a full day ahaed of me. Also, official and affordable Highland Parks haven’t been something to write home about over the last couple of years. Worse, even the quite a bit more expensive ones aren’t that good either (cough, enter random nordic sounding thing here). It felt a bit weird to have a whisky before lunch. On the other hand, I’m Dutch, so I am not wont to decline a free drink like that.

It turned out to be a rather light whisky, but with quite some scents and flavors to be discovered. I realized that a whisky like this would not work as a digestive or later at night, it’s a bit too light for that. This whisky will not be strong enough to overcome the barrage of flavors that linger after dinner. Also, during a tasting or something like that, it should be the start of the line up.

After coming to grips with enjoying a whisky on a ‘work day’ like that, I started to understand why, right before lunch like that, is a great moment for tasting certain whiskies. The arguments from blenders and distillers are correct. Not that I doubted them, but I prefer to get empyrical proof of these things myself.

A few days later, I had an old Dalwhinnie in the AM. Old as in, it was the regular 15 year old but a bottling from the early nineties. I experienced the same thing again. A very light dram that is a lot better without any ‘palate pollution’.

Obviously I’m not trying to tell you to change your routine by swapping coffee for hard liquor, but I did think this was a very interesting experience. It’s a very different approach of drinking a whisky, which a very different result of doing it ‘normally’.

A counter argument for this is, obviously, that a whisky that won’t stand up to an influenced palate at the end of the day is not a whisky that you should buy to drink in the evening. However, that Highland Park was flavorful enough to be enjoyed at the campfire during a recent camping trip. Not a whisky that demands attention, but one that’s just ‘quite good’ and very tasty.

At some 70 euros, it is a bit expensive for ‘quite good’, but I bought it anyway, after trying it before lunch. The bottle design helps. I didn’t read the nonsensical backstory that has nothing to do with the whisky, but first impressions count, and it looks gorgeous.

I'm very interested in booze, with a focus on whisky. I like to listen to loads of music and play lots of Magic: the Gathering, and board games too. I'm married to Anneke, have two daughters Ot and Cato, a son Moos and a cat called Kikker (which means Frog, in Dutch). I live in Krommenie, The Netherlands.
View all posts by Sjoerd de Haan-Kramer →
This entry was posted in Dalwhinnie, Highland Park and tagged Dalwhinnie, HIghland Park, NAS, Valkyrie. Bookmark the permalink.

1 Response to A dram in the morning