The last third of the competition commences now. We’ve had 12 drams so far with a possible 1200 points to score. I am slightly ashamed that I’ve not even managed to get 300 points, I’m at 292 at the moment (before this one, although that might not matter). Currently I’m at the 26th position, but a good score (or a bad one) can swing this competition around massively. The guy at pole position right now has 631 points, and is apparently a lot more capable than I am. He also writes quite a cool blog here.

Yesterday was another massive screw up and I hope to get back to actually scoring some points every now and then. And preferably not by statistically guessing Speyside and Highlands day after day.

The color betrays this one not being a bourbon cask. 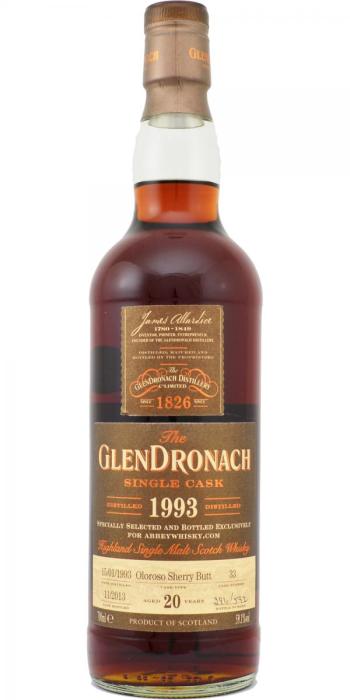 Sniff:
Massive sherry on the nose. It’s pungent and fruity with spices too. All aspects of sherry are covered here. Red fruits, slight bitterness, oak, baking spices with clove and baked cinnamon. Quite intense so, based on the nose I’d guess for a reasonably high ABV. Really intense with really huge sherry notes.

If you’re into sherry matured whisky, this might be a safe pick! The alcohol also makes me doubt between that, alcohol, and salted caramel. I’m hesitant to add water because that also might trick me, especially since I generally don’t do that.

Sip:
The palate is similarly, ridiculously fierce as the nose is. It’s also thick and syrupy with a slightly burning alcohol sensation. The baking spices, dark bread crust and dried fruits are here. Some fresh red fruits too. I’d guess PX sherry.

Swallow:
This is where the dram becomes somewhat less fierce, although you’ll feel this going down. Nice and warming, Christmassy with candied fruits, baking spices some herbs like thyme too.

For some reason I can’t get my head around this one. There is so much sherry going on that I’m not getting much distillery character. I’ve picked a Springbank partially because we haven’t had Campbeltown yet, and because it reminds me of some heavy sherry ones I’ve tried over the years. This time I’ve not gone around to select a specific bottle since that is rather time consuming and hasn’t helped me one bit so far.

I went for some 14 years old, although that is as random as it gets. Mostly because the sherry and oak are very influential on the palate and that makes for some tough picking. A very active cask can do this in 6 years. A not so active one can reach the same intensity if you leave it long enough and these flavors turn out to be European oak instead of sherry. What the heck. 14 years old Springbank at 58%. Not a clue.

Right. So it is a GlenDronach. The Abbey Whisky that was released earlier this year / late last year. I tried this before and thought it was gorgeous, but this time I thought it was a bit harsh and almost over sherried.

I’m a bit confused by it all, because I thought this was one of my favorite drams of the year earlier. It’s still not bad, but it’s not as good as I remembered. Bummer. But then again, I didn’t spend any money on it (although I almost did).

But anyway, I did get some points for the ABV since that wasn’t too far off. On the other hand, I still dropped in the rankings to 29th.

I'm very interested in booze, with a focus on whisky. I like to listen to loads of music and play lots of Magic: the Gathering, and board games too. I'm married to Anneke, have two daughters Ot and Cato, a son Moos and a cat called Kikker (which means Frog, in Dutch). I live in Krommenie, The Netherlands.
View all posts by Sjoerd de Haan-Kramer →
This entry was posted in GlenDronach and tagged Blind Tasting Competition, GlenDronach, Highlands, Oloroso Cask, Springbank, Usquebaugh Society. Bookmark the permalink.