Well this is weird. I can’t put an ABV in the header of this post since I don’t know it. I also cannot find it online anywhere. (Updated now)

I got this sample from pro whisky writer Hans Offringa so I asked him whether he knows more about the sample. Unfortunately, I got it from him at Maltstock 2013, so the bottle is probably long gone and so might the information.

I think there also might be a batch 2 sample somewhere, but searching for that would surely wake up the kids so I’m going to leave that for another time.

The Woodinville distillery is located near Seattle in Washington’s wine country and mostly known on this side of the Atlantic thanks to the nifty ‘Age your own’ kits that were available last year. I went on holiday in the area a couple of years ago but out itinerary didn’t get us all that close and I already got my wife to go and visit two distilleries and a couple of breweries. Adding a third distillery was not really a viable plan back then. 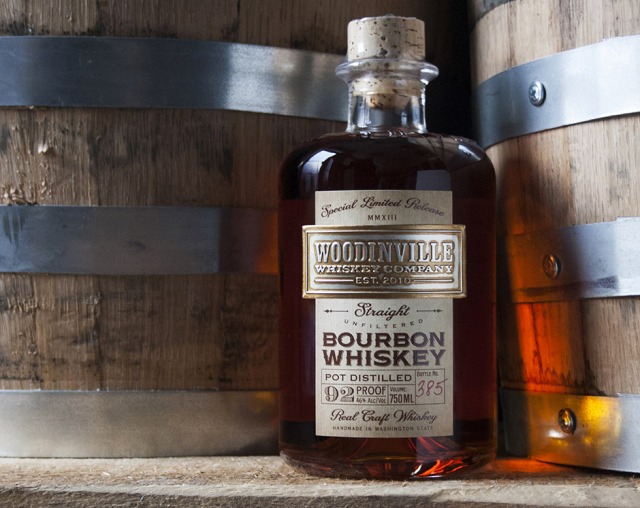 Sniff:
The nose is light with a lot of wood influence and scent. The wood, however, is quite gentle. There’s some pepper and corn syrup, but also some cardboard like scents. I do get cherries too, and their stones (that bitter flavor you get from those). Dusty and young.

Sip:
The palate is a tad thin, but spicy and a tad dry. There’s the corn syrup again, with chili and crushed black pepper. Some hot salsa verde too. It becomes a bit more syrupy if I let it swim for a couple of seconds, and also that slight bitterness comes around again.

Swallow:
The finish is slightly more crisp, but apart from that rather comparable. Slightly bitter, some cherries, cherry stones and cardboard.

I assume at this point that the whiskey is rather young since the distillery hasn’t been running for very long yet. And especially since this whiskey is taken from a bottle a year and a half ago, the whiskey can only be about one year old. For a one year old, it’s pretty awesome!

Regarding it’s age, this is a rather cracking dram. I think it could have done with a slightly higher ABV since a bit more oomph would’ve been nice, but if they keep going at it like this, we might have a winner on our hands in a couple of years.

I’ll update this post if I get more information.

Thanks to Hans Offringa for the sample!

I'm very interested in booze, with a focus on whisky. I like to listen to loads of music and play lots of Magic: the Gathering, and board games too. I'm married to Anneke, have two daughters Ot and Cato, a son Moos and a cat called Kikker (which means Frog, in Dutch). I live in Krommenie, The Netherlands.
View all posts by Sjoerd de Haan-Kramer →
This entry was posted in - American Whiskey, Woodinville and tagged Bourbon, Hans Offringa, Maltstock, Washington, Woodinville. Bookmark the permalink.