The Mezcal Festival. Something I cooked up. I wanted to do it earlier and call it the Mezcal Carnaval, but I just couldn’t get around to it. Things are ridiculously chaotic at home with my wife and I not having nearly enough sleep, a lot of things going on and an ever expanding to-do list.

Anyway, this bottle was in the tasting JK and I hosted at work at the end of January. I’ll follow this post with the Del Maguey bottle-share that I organized in January too. I also have another one that I’ll crack open at the end of the week to finish things off. That’s the Ilegal Joven.

All mezcals in this theme week are going to be blancos, or jovens. When looking for a side track from whisky I decided I wanted a white spirit for a little bit. Mostly because almost all booze seems to be aged in oak and for oak based flavors I can always get whisky. Maybe I’ll do some brandies or Armagnac at some point, but so far some white spirits to balance out the oak!

This mezcal comes form the central valley in Oaxaca and is made using Espadin agave. There’s not much of a surprise in that, since most mezcal is made using that type. The brand aims to take the drinker through the different regions of mezcal production, and different types of agave as well. So far, Speciality Drinks has imported the Oaxaca and the Michoacan editions. I’ll keep my eye out for new ones, since I find this an interesting concept. 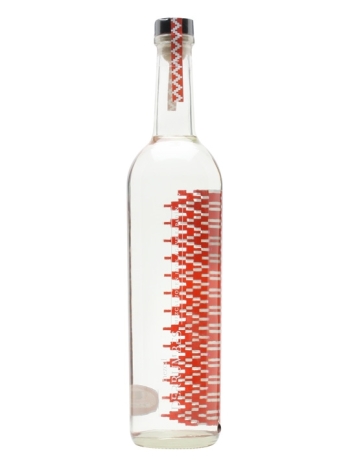 Sniff:
Thick machine oil at first with oil and grease. Then I get strong hints of cocoa heavy mole, agave and cactus, with a fruity note of over ripe banana.

Sip:
The palate shows smoke too but in a different kind, more wood smoke like. It’s gentle and thick, more fruity too. Some pepper but not incredibly outspoken.

Swallow:
The finish is a lot more in your face, with lots of smoke and lots of agave. The hint of cactus is back too, and other plants. The chocolate hints are present again too.

It’s a bit of a weird one, this. I picked it since I was told it wasn’t a difficult mezcal to start with, but in the violence of great whiskies, it might have been a bit too timid. When I tried it on its own it was quite lovely, albeit a bit ‘careful’.

I might have chosen a different one to introduce people to mezcal if I had been able to taste some different ones before selecting the line-up, but based on the very mixed reactions it might have been ‘in-your-face’ enough for a lot of the people attending the tasting.

Anyway, without putting it in a tasting it’s a nice mezcal. It’s not too expensive, but I think it’s not the most impressive one I’ve tried in this price bracket.

I'm very interested in booze, with a focus on whisky. I like to listen to loads of music and play lots of Magic: the Gathering, and board games too. I'm married to Anneke, have two daughters Ot and Cato, a son Moos and a cat called Kikker (which means Frog, in Dutch). I live in Krommenie, The Netherlands.
View all posts by Sjoerd de Haan-Kramer →
This entry was posted in - Other Spirits and tagged Derrumbes, Emakina, Mezcal, Oaxaca. Bookmark the permalink.