It’s been a while since I got my hands on a sample of this, and it’s been almost as long since I actually wrote the tasting notes. Somehow, I’m just not getting around to blogging, lately. The coming days in Scotland won’t help that, I imagine. I don’t even expect to have internet available while we’re there, but we’ll find out in little over a day.

Anyway, one of the few whiskies from the English Whisky Company that I’ve ever tried. I did have some of the ‘chapter X’ releases over the years but I have to admit I’ve never been a fan. Most of the ones I had are lacking depth and bottled too young. A bit like the early years of Mackmyra.

However, if people like the booze-pickers at The Whisky Exchange are starting to select casks, I imagine they’ve picked up their game by now. Let’s see. 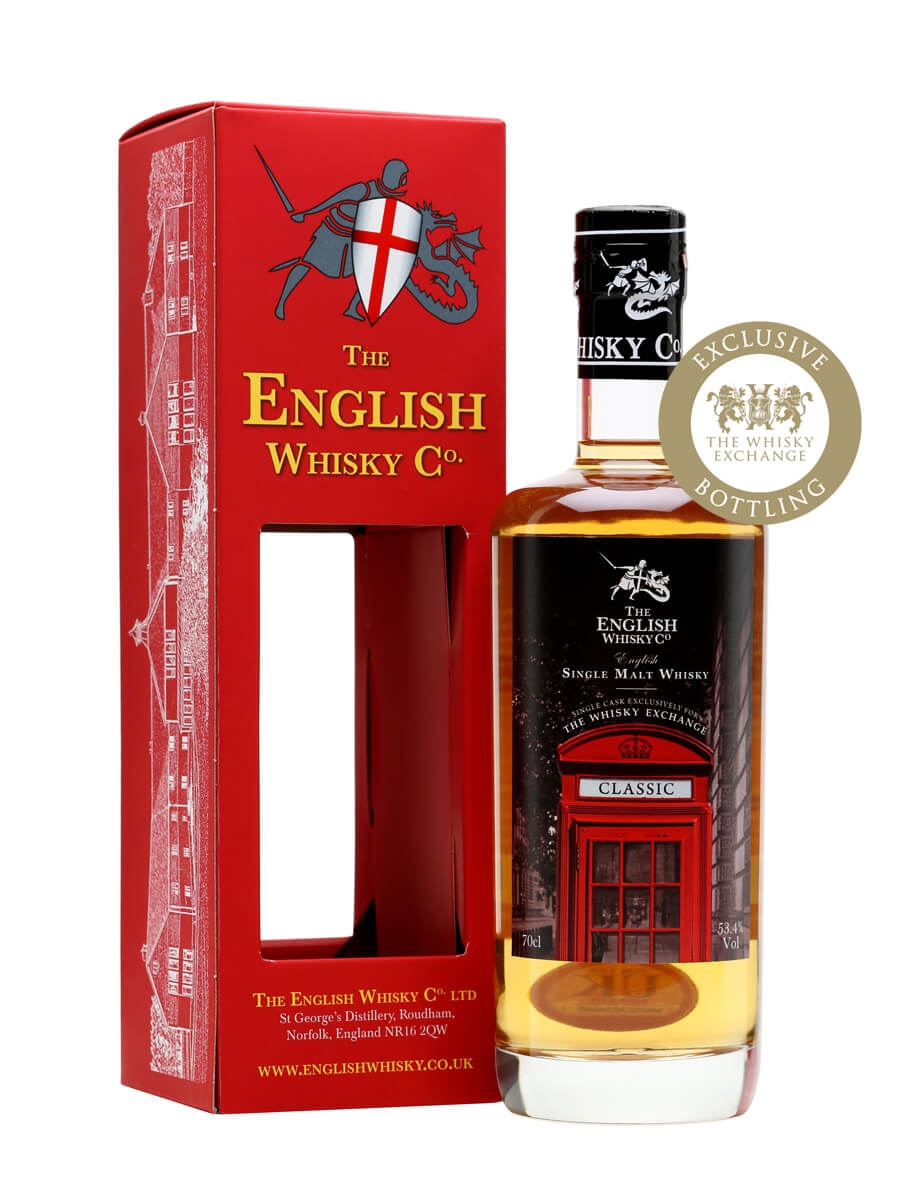 Sniff:
On the nose I get a light whiff of alcohol first with vanilla and some fruit.  Very Irish like. Stewed apple, a dusting of cinnamon and sugared puff pastry. Pastry cream as well.

Sip:
The palate is light and clean, with a slight tingling of white pepper. There’s gentle orchard fruits like apple and pear. Sugar, vanilla, white oak. It’s quite sharp, but not in an unpleasant way at all. A slight grassy note as well.

Swallow:
The finish is soft and fruity with creamed fruits. Very much like a trifle. Orchard fruits, so the apple and pear are back. Maybe some white grapes as well. Quite crisp and summery.

In short, I’m quite blown away by this whisky. It is very, very good. Very much like the much older and much more expensive Irish whiskeys that are turning heads upon each release.

I honestly was a bit wary of this when I decided to try it, but that turned out to be unnecessary. This is a great little dram. I still have to try the peated version, but if they added a light layer of peat on top of this awesome liquid, it might be another cracker.

The lightness of the fruits with the hints of fresh pastry works very well. On top the light grassy notes makes this a very summery whisky. Absolutely gorgeous and highly recommended. Especially at ‘only’ £ 60.

Full disclosure: Thanks a million to the guys at The Whisky Exchange for the sample!

I'm very interested in booze, with a focus on whisky. I like to listen to loads of music and play lots of Magic: the Gathering, and board games too. I'm married to Anneke, have two daughters Ot and Cato, a son Moos and a cat called Kikker (which means Frog, in Dutch). I live in Krommenie, The Netherlands.
View all posts by Sjoerd de Haan-Kramer →
This entry was posted in - English Whisky, English Whisky Co., St. George and tagged Cask Strength, Free Sample, Private Bottling, Single Cask, St. George's Distillery, The English Whisky Co., The Whisky Exchange. Bookmark the permalink.