Once again, my list of beers from April. Some great ones, some good ones, and unfortunately some utter crap ones.

I finally went for a few beers at the Thornbridge pub in Den Bosch and had a couple of their brews. Both were really good, but the Valravn really stands out. It combined the goodness of roasted malts and hops on a high level. Very recommended. 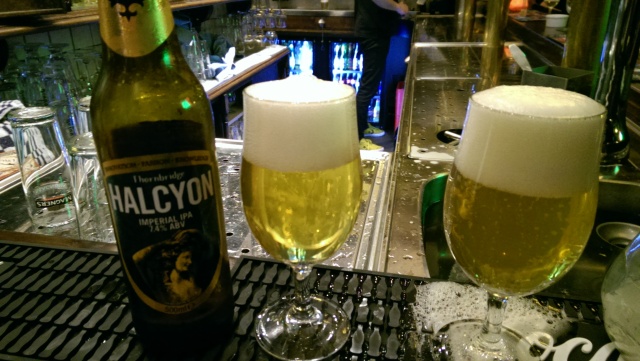 Ever since trying their Modus Operandi I liked this brewery. They dare to do things differently in such a way that their beers, while sometimes similar to others, are not really comparable. They have sour beers but accept that they are not Geuzes, so they make something of their own.
This month I tried the Wildebeest and Brett Brett Double IPA.

Both are great with the Brett Brett having a greater depth than I expect an IPA to have. The Wildebeest is a very well balanced chocolate/coffee/malt combination and awesome for it.

Traditional styles brewed with some botanicals. A nice initiative but so gently spices that I didn’t get many of the ‘added flavors’. So the White Ale is just that, as goes for the Poorter and the IPA.

All of them are good, but the Vat 77 stands out. Made in a vat that’s been in use for over a hundred years at the brewery, this one was really special and had just a tad more fruity flavors and acidity than the others.

I’d have to say the Oude Geuze Vat 77 by Brouwerij Boon is my favorite beer of the month. Well earned, by making something special. 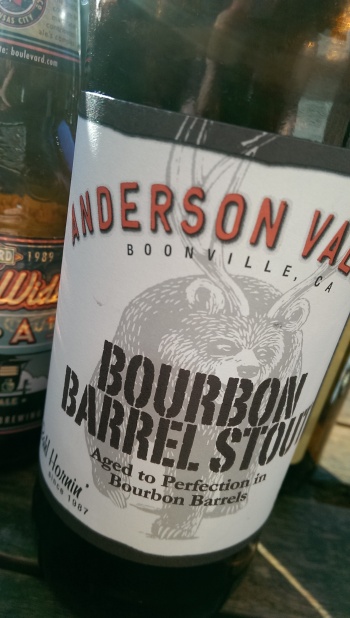 This one I had sitting around for a while but hadn’t gotten around to. It’s great. Highly recommended Oatmeal stout (like their Barney Flats) but matured in Wild Turkey barrels. It just adds a nice oaky sweetness without overpowering it. Awesome stuff, this.

A Japanese fruit beer with Mikan, which apparently is a Japanese citrus fruit, a sort of tangerine. I didn’t know when I bought it, and that might be a good thing since I normally avoid fruit beers. This one is very good though, although if you would have told me it was a regular IPA, I’d have believed you.

Some okay ones, that aren’t a waste of money but are also quite forgettable

Lots of IPAs were had on the sunny days of April. Unfortunately, most IPAs are good but they just won’t top the awesome ones that are my benchmark. Punk IPA, Jaipur, Raging Bitch. They might get close but in the end you’re better of buying Punk since that’s always available, consistent and at least one Euro cheaper than the rest. We keep trying though. 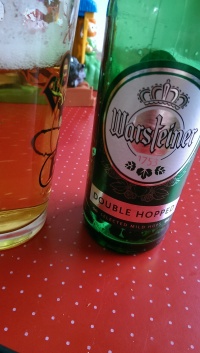 There’s no reason this exists. One of the big brewers that tries to get a share of the craft brewing hype. It’s just marginally better than their factory lager. Only an option if nothing else is available.

I already had their Bourbon Beer, and it went down the sink after one sip. This is of a similar level. Only a teeny tiny bit less shit, but still highly undrinkable.

Not much useful stuff to say about homebrews, since you’re not going to 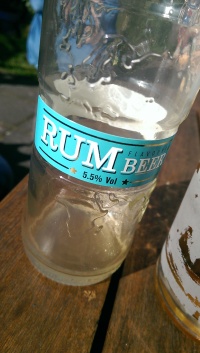 have them anyway. These were given to me by a homebrewer who works at the customer I’m currently building a site for. Good stuff.

Hoppy B. – Biermug
An over the top and bone dry IPA. I was warned, but it wasn’t as bad as the warning made me expect.

Mister Bock – Biermug
A malty bock that isn’t as sweet as most bocks, which meant I liked it better.

SPA – Biermug
This session pale ale is based on BrewDog’s recipe for their Dead Pony Club and is a very close approximation of that. Good stuff.

3 Responses to Beers of April