In my seemingly endless stash of samples (I really should stop buying bottle shares…) I recently found this sample from The Whisky Exchange. It somehow got in the back of the box and I can’t really keep track of each and every Kilchoman that comes by. There’s quite a lot of those…

Anyway, a very young Kilchoman finished in a Pedro Ximenez cask, which means it can’t be a long finish either. Four years of maturation doesn’t really warrant finishing for years, so I expected this finish to be a thin layer over the bourbon cask base of the whisky.

In a way, according to the SWA this is an illegal whisky, but this rule has never been enforced as far as I know. According to information I got from them in 2012 (via Gal) a single cask can only be called a single cask if it’s been in the same cask from distillation to bottling. With a finish, that’s never the case.

I’m not trying to get this stuff off the market since I don’t really care what the SWA thinks about many things. In fact, apart from doing legal battle in, for example, India to protect the name and reputation of Scotch Whisky, I don’t agree with much of their regulations and I think they inhibit progress and innovation.

What does matter, is how good this whisky might be. 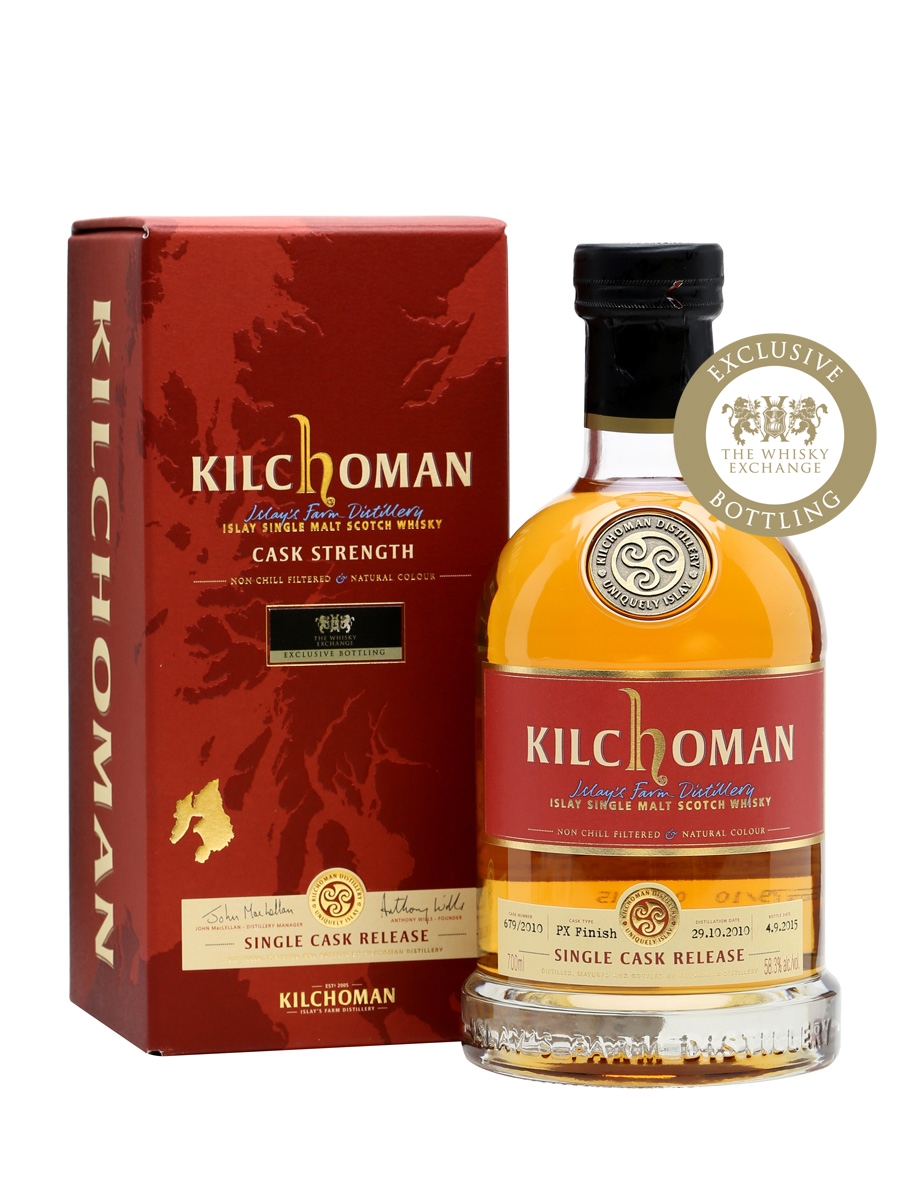 Sniff:
There’s lots of untamed peat on the nose and a light hint of wood. Some malt and quite a bit of sweetness and smoke. The sherry is, as expected, not very big and the bourbon cask influence is maybe still bigger than the PX. Some red fruits.

Sip:
The palate is rather sharp, hot and peppery. Sweet fruits, sponge cake and sherry trifle. Some fruit mix, the canned kind, and bread. The heat keeps building.

As I expected the bourbon cask is more present than the sherry finish. The latter has nicely added a bit of sweetness and some other fruits. This combination of flavors makes for a slightly more interesting release from the tiny Islay distillery.

However… There’s always a ‘however’…

However, with the plethora of Kilchoman bottlings out there, it doesn’t really stand out. With 273 different whisky releases (not counting the spirit) in less than 8 years it’s hard to find a truly unique bottling, and this one isn’t it.

Keep in mind that this is far from a bad whisky! It’s just a bit, well, forgettable. And not just the sample sitting in the back of your cupboard.

Thanks to The Whisky Exchange to give me a sample!

I'm very interested in booze, with a focus on whisky. I like to listen to loads of music and play lots of Magic: the Gathering, and board games too. I'm married to Anneke, have two daughters Ot and Cato, a son Moos and a cat called Kikker (which means Frog, in Dutch). I live in Krommenie, The Netherlands.
View all posts by Sjoerd de Haan-Kramer →
This entry was posted in Kilchoman and tagged 2010, Free Sample, Islay, Kilchoman, Private Cask, Sherry Cask, Sherry finish, The Whisky Exchange. Bookmark the permalink.