A rediscovered love for Islay’s whiskies

My pervious post was about several things, including (and mostly) how I have started loving Islay whiskies again. At some point I got done with the continued barrage of peated drams, but that’s no longer the case.

This is part just me changing my preferences again, but also because I’ve shifted to quality over quantity a bit more. Due to bottle sharing, and buying less but better, I’ve not gone through “yet another 2000s Caol Ila” (those can be good, but they can also be very boring). Instead, I’ve had the chance to try some truly awesome drams.

Where the previous post had some old Ardbeg, Feis Ile and Jazzy Lagavulins, and an old Caol Ila, this time we’re having quite a different line up. Or at least, some older, some younger, some old and young (not too long in the cask, but a bottling from yonder year). 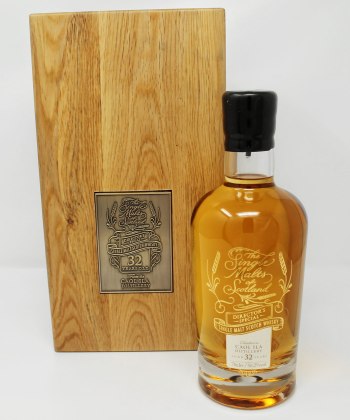 One of the bottle shared ones that was bottled by Single Malts of Scotland for their second festival, called ‘The Whisky Show – Old & Rare’. An even more special festival focusing on ridiculously decadent whisky.

On the nose this one turns out to be a bit greener than expected. There’s a smokiness that’s slightly mezcal like, with a chemical hint. Some gasoline and slate. Moss and ferns, fresh leaves and even a hint of spirit.

The palate is pretty intense, even a tad sharper than expected for a thirty-two year old whisky. Quiet fresh and crips with fresh lemon, and candied lemon. Slightly fatty with a hint of bacon and smoke.

The finish is still somewhat sharp at the beginning, but mellows quickly. Some oak and a light herbaceousness. Plants and a very light smoke.

I’m not entirely sure what to think of this. As in, it’s a very good whisky, but it’s very different than what I expected, and very different from any other 30+ Caol Ila I’ve ever had. Initially I found this a bit of a downer, but as I got nearer to the end of my 10cl, I started liking it more and more.

The price has gone up by now. It’s available for 700 euros at Just Whisky. 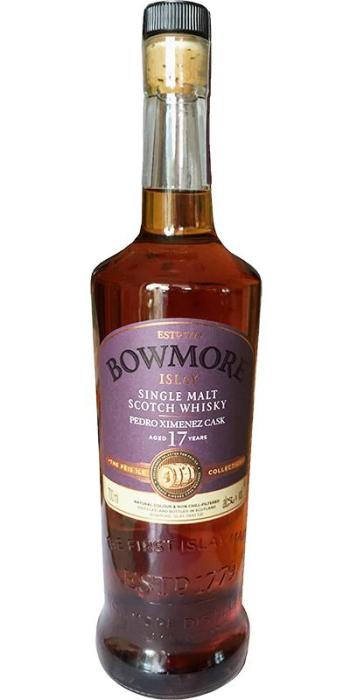 A pretty decently aged Bowmore, from a fresh sherry cask, bottled for Feis Ile 2016. One that I was rather enthousiastic about when I found it in my sample box a while ago! Especially since it means this is bottled in the nineties, which is a pretty cracking period for Bowmore.

The first scents indicate a fairly strong whisky, with LOTS of sherry to it. A lot of big fruity scents follow with banana, dates and peach. Sweet fruits and soft oak scents. Slightly spicy, with oak and a light smoke. Not much spirit character to be found, though.

The palate is dry and sharp and sweet. Some peat smoke with oak and wood spices. Tree bark, sherry, but slightly more typical for an Islay whisky. Rich, and sharp.

The finish is dry with a coarse smoke. Long and sweet, with oak, spices and sherry. Some fruit too, but less than before.

Well, I’m not overly thrilled by this one. It sure is drinkable, but there’s so much sherry going on that it could be a lot of different distilleries instead of Bowmore and you’d never notice. I prefer my whiskies with a bit more spirit character that is not completely trumped by the oak. 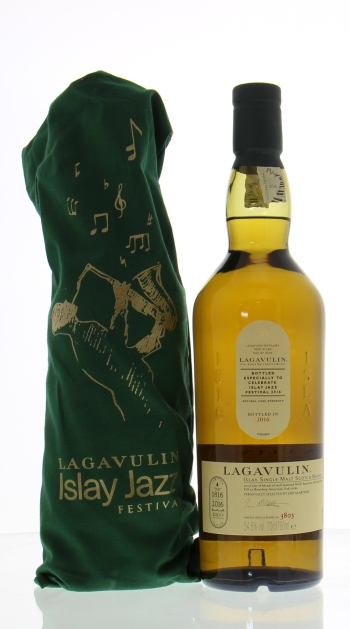 Image from Best of Whiskies

The follow up the one I tried in the previous post. Another one that I bought for a bottle share, together with the new Ardbeg Kelpie (a review will follow later). Like the 2015 edition, it’s a whisky without an age indication, which is not something Lagavulin often does.

The nose is much heavier than I remember the 2015 to be. Warm and dark and wintry. Scents of mud and marram grass. Old oak and dunnage warehouses. There are some young edges, and a bit of green-ness to it.

Initially the palate is sharp and fierce, but with time it mellows a bit. It does get a bit drier too. Green with moss and ferns. Oak, campfire with earthy notes and straw. Dirt and dunnage warehouses. Slightly sweet later on.

The aftertaste is quite rich and a tad lighter. It’s long and dry with straw and marram again. That earthy, muddy dunnage scent is there again too.

Well, to be honest, this is a cracker! Much better than the 2015 version if you ask me. Truly good whisky with a nice and young edge, but quintessential Lagavulin.

Available for 255 euros at Best of Whiskies

Generally, I’m not a fan of the Cairdeas’. This year’s edition is a stronger version of Laphroaig’s Quarter Cask, of which I’m no fan either. Add to that that there was a port cask which was quite horrendous a few years ago and you might understand why I sold the couple bottles of different editions that I collected. Then this one came with the ‘buy a sample of each Feis Ile bottling’ pack…

On the nose it’s sweet with a very lightly spicy fortified wine scent. Slightly nutty with hazelnuts and walnuts, without the dryness of those. The sweet peat kind that I’ve found before in Laphroaig. Quite young, but also not without some layers of flavor. Straw, oak, and some sharp smoke.

The flavor of coarse smoke hits first, then there’s oak and sweetness. Some ash, nuts and an earthy hint. Slightly spicy with wood spices. Pepper and a certain richness.

The finish is fairly simple and even slightly weak compared to the palate and nose. Still rich, but not as layered or flavorful.

Well, it’s better than I expected. Generally those fortified wines are a bit of a shot in the dark with most of them not being great. This one is pretty good though. More of a  drinking than a tasting wihsky though.

I was planning to do one more review, but that one is such a ridiculously special dram to me that I’m going to do a more specific review for it.

I'm very interested in booze, with a focus on whisky. I like to listen to loads of music and play lots of Magic: the Gathering, and board games too. I'm married to Anneke, have two daughters Ot and Cato, a son Moos and a cat called Kikker (which means Frog, in Dutch). I live in Krommenie, The Netherlands.
View all posts by Sjoerd de Haan-Kramer →
This entry was posted in Bowmore, Caol Ila, Lagavulin, Laphroaig and tagged Bowmore, Cairdeas, Caol Ila, Feis Ile, Islay Jazz Festival, Lagavulin, Laphroaig, Sherry casks, SIngle Malts of Scotland, The Whisky Show. Bookmark the permalink.