There’s two main distinctions with the Willett whiskeys: The stuff they distilled, and the stuff the bought and blended.

The older ones are all bought casks from other distilleries, and these ‘Family Estate Small Batch Rye’ are from casks they distilled themselves. Interestingly, the character is largely the same, for both types of whiskey from Willett.

Also, the much older versions, like the 25 and 27 year old ones, are insanely good and by now, insanely expensive. I was lucky to snatch one up at a regular price in 2011. Of course, that’s long gone by now. For some reason I never reviewed it on my blog, so I guess the notes are in one of the many books of unpublished notes I found yesterday.

Anyway, this one then. A two year old I bought for a share some years ago, when I was doing a lot more shares than I am now. This means that I never reviewed it yet, like some other bottles and samples I have from back then. 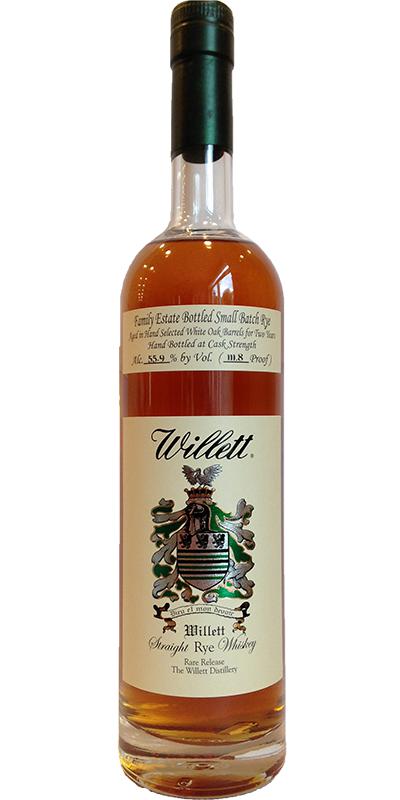 Sniff:
Spicy with a lot of green spirit, rye and quite some oak. A tad beery, with some bitterness too. The spices are a tad dry, with some cinnamon and clove.

Sip:
The palate is quite a bit sharper than the nose makes you expect. If you know the ABV it’s not overly shocking, though. Surprisingly woody for a two year old whiskey. Dry and spicy with baking spices, and sawdust. It gets a bit more sweet after a few seconds, with some vanilla.

Swallow:
The finish has a bit of a sugary coating, but the alcohol and dryness quickly bite through that. It makes for an interesting end of a dram, but not overly deep and complex.

While it’s very drinkable it’s not a very complex dram, and could do with a couple more years of aging. I wonder what their spirit is up to now, since this was bottled some years ago.

I'm very interested in booze, with a focus on whisky. I like to listen to loads of music and play lots of Magic: the Gathering, and board games too. I'm married to Anneke, have two daughters Ot and Cato, a son Moos and a cat called Kikker (which means Frog, in Dutch). I live in Krommenie, The Netherlands.
View all posts by Sjoerd de Haan-Kramer →
This entry was posted in - American Whiskey, - Rye Whiskey, Willett and tagged Kentucky, Rye, Rye Whiskey, USA, Willett. Bookmark the permalink.