At the Hielander Whisky Festival in Alkmaar in February I tried a 21 year old Glen Garioch towards the end of the afternoon and was raving about that. When I got home I checked all shops and auction sites to see if I could get a bottle at an acceptable price. This was, obviously not the case.

On Whiskybase, which is one of my favorite whisky-info resources, I found that there’s a huge difference in rating between certain Glen Garioch 21s. Some score very highly, other are rating rather lowly and people talk about FWP in their review. 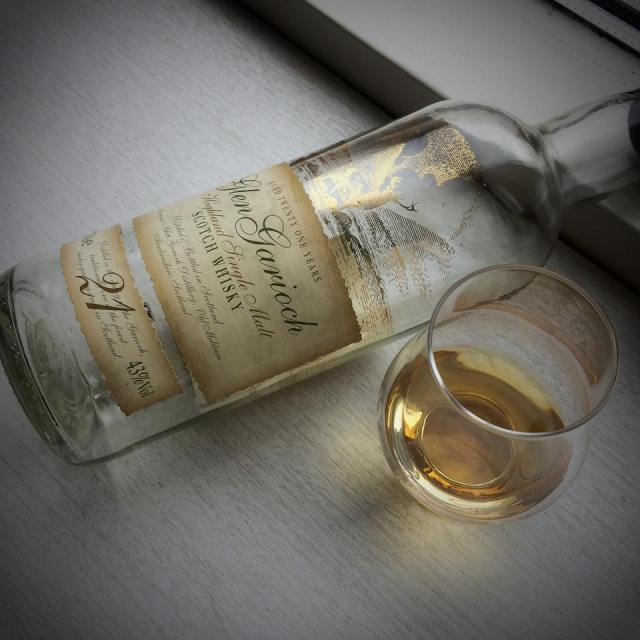 This made me a bit scared to just shell out money for a bottle of the stuff with it possibly being the one that I want, and possible some utter shite whisky that I’ll end up bringing to some BYO event and never taking it home again.

Then, a while ago, I saw someone on Facebook having a bottle of it and I thought it would be nice to ask for a sample. That all worked out and last weekend I finally got around to trying it. 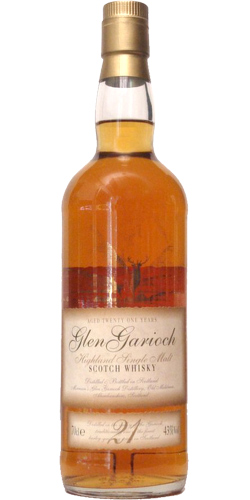 Sniff:
The nose start fairly malty with some soapiness in it as well. I already get weary. Some myrtle and eucalyptus, in a way that some Corsican forests smell and it reminds me of P&M from there. Finally I get a hint of dark chocolate.

Sip:
The palate is gentle and even a little thin. Some pepper and oak here, and some spices. Those spices go back to eucalyptus, plants and flowers.

Swallow:
The finish picks up a little bit, somewhat stronger. More oak, but not very long.

Well, nope. This isn’t it. A whisky that reminds me of P&M better be P&M since that is one weird dram. Lovable in its own way, but mostly because I picked up my bottle during our honeymoon in Corsica and it came with good memories.

This whatever this is, with flowers, and eucalyptus and other not so regular spices and herbs. Just no. It seems that at some point all Morrisson Bowmore whiskies were plagued by FWP flavors. Their 198x Auchentoshans can have it, and most of the Bowmores from that era do.

In short, avoid this one. At least try it before spending money on it, since you might like it, but the majority of folks out there will probably not.

Thanks to Jeroen for the sample. Stuff is on it’s way back to you!

I'm very interested in booze, with a focus on whisky. I like to listen to loads of music and play lots of Magic: the Gathering, and board games too. I'm married to Anneke, have two daughters Ot and Cato, a son Moos and a cat called Kikker (which means Frog, in Dutch). I live in Krommenie, The Netherlands.
View all posts by Sjoerd de Haan-Kramer →
This entry was posted in Glen Garioch and tagged 21yo, Glen Garioch, Highlands, Morrisson Bowmore, Old Meldrum. Bookmark the permalink.