It’s been ages since I tried an Octomore. Well, last November if I recall correctly. Generally they’re not my first pick when it comes to peated whisky. Actually, apart from young Ledaig, they might actually be my last pick, although I don’t care much for peated Bunna and Jura either.

It seems like I’m quite fussy about things, right? And I think I should. There’s literally thousands of whiskies available, so I think I should make sure I ruin my liver drinking the good ones. Normally, Octomore doesn’t fit that bill for the simple reason it’s just too one-dimensional in being just peaty, with that one flavor pushing out all others.

Let’s see how this one fares! 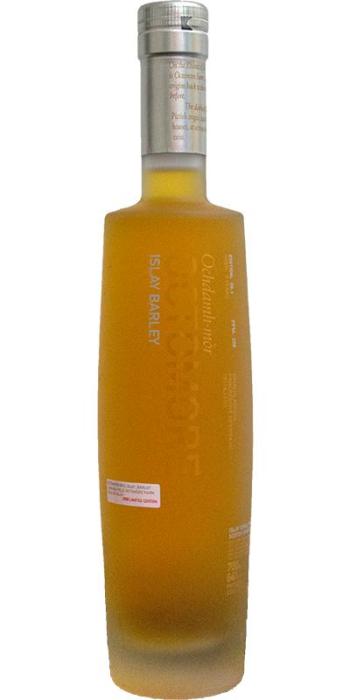 Sniff:
The peat is right up in your face after you pour the dram. Surprisingly, it’s mostly peat and barely any smoke at all. It’s quite ridiculous, actually. After the peat I get scents of heather, sand and some crisp sea breeze. Apples maybe, and a light salinity. After that everything goes numb.

Sip:
The peat is still present, obviously. Not too sharp and not like 64% at all. White pepper and a strange lack of smoke again. A touch of oak, some vanilla and dryness. Arid even. The burn comes late, but it comes.

Swallow:
The finish is surprisingly sharp and biting. Almost painful, actually. Quite long with lots of peat.

Well, what this whisky does well is live up to expectations. It’s ridiculously peaty and the alcohol and peat levels are so far up that they don’t allow anything else to shine. While I can see the appeal of this kind of ‘gimmick’ whisky, it’s just not for me.

There’s a lot of skill involved, I think, to create a dram of this proportions and not alienate everyone who tries it. But, again, this is just not for me. I like peated whisky, but not in this one dimensional way.

So, end result: Meh. I’d not spend money on this, but I know lots of people do. Even though it seems the hype is over. My favorite Octomore still is the Orpheus.

I'm very interested in booze, with a focus on whisky. I like to listen to loads of music and play lots of Magic: the Gathering, and board games too. I'm married to Anneke, have two daughters Ot and Cato, a son Moos and a cat called Kikker (which means Frog, in Dutch). I live in Krommenie, The Netherlands.
View all posts by Sjoerd de Haan-Kramer →
This entry was posted in Bruichladdich, Octomore and tagged 2009, Bruichladdich, Islay, Islay Barley, Jim McEwan, Octomore. Bookmark the permalink.