A lot of bull in this post, and that might be interpreted in multiple ways. Which is a good thing. A bit of ambiguity never hurt anyone.

I think it was last week that I saw announcements for the new release of Black Bull 40. The fifth edition by now. 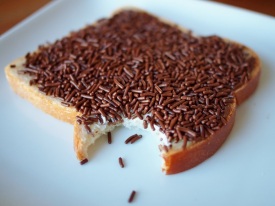 It was announced with all kinds of superlatives like ‘much anticipated’ and ‘multi award winning’ and terms like ‘exceptional’ and ‘rare’ were sprinkled around like ‘hagelslag’ on a sandwich (which is a Dutch thing).

Of course, most of these things mean absolutely nothing in this marketing-driven era of whisky selling.

And believe me when I say it’s probably a good whisky. As long as it measures up to batch one and four. Containing Aberlour 1975, Macallan 1969, Glenlivet 1968 and more, a malt/grain ration of 86/14 it better be, right?

By the way. Can they actually disclose these ages? Didn’t Compass Box get into a lot of trouble for doing exactly that?

Anyway, that was the good stuff.

They call this whisky much anticipated and things like that, with the new edition clocking in at, hold on to something, £ 750 (€ 900). Without wanting to sound condescending, it still is a blended whisky, people.

The interesting bit about this much anticipated whisky that the world has been holding its breath for (if I may believe the PR) is that the fourth edition is still widely available at € 225 (£ 190).

So, the previous edition hasn’t sold out at a quarter of the price of the new one… I actually bought the fourth one for a bottle share. Back then it was discounted to 200 euros, and still it didn’t move fast/at all.

When I read PR announcements like this I often get the feeling that these marketeers live in a different universe. One that looks a lot like ours but is actually different in the small details. Details like the popularity of this brand.

The good thing about this release is that I wanted to write this post, and therefore I finally had to get around to reviewing batch one and four. 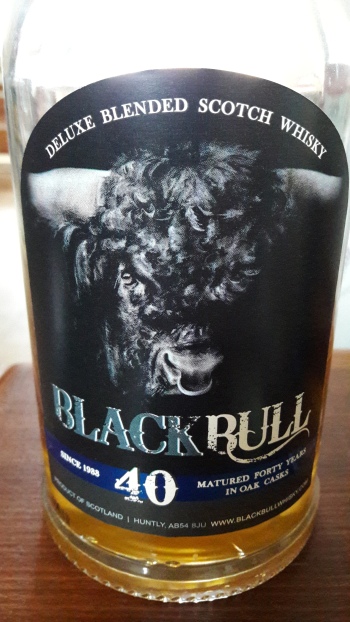 This blend consists of whiskies from Glenfarclas, Springbank, Glenlivet, Highland Park, Bunnahabhain, Tamdhu, Miltonduff and Invergordon. The malt/grain ratio is 90/10, with the age varying between 40 and 44 years old. 20% of the whisky matured in sherry casks, while the rest was drawn from bourbon casks.

Sniff:
Lots of oak and soft grains. Quite malty, like malting floors at a distillery. A light hint of vanilla. Some tree bark and sweet banana. Grist, a very light herbaceousness with dry thyme.

Sip:
The palate is smooth and gentle, but quite dry. Richer than you’d normally expect from a blended whisky. Some freshly ground black pepper, oak and sawdust. Some syrupy sweetness and a grainy sweetness too. Lots of malt, lots of flavor.

Swallow:
The finish is consistent with the palate, but slightly less sweet. The herbs get a bit more attention with dried Herbes de Provence. A long finish with not too much focus on the wood.

I find this an amazing whisky that is much richer than I normally expect from a blended whisky. Duncan Taylor have shown before that the are very capable to make up a nice mix of casks, and this is no exception. I love how the it gets less sweet while tasting it and the herbs get more and more attention. It’s smooth but not too smooth, and was very acceptable priced back then (something like € 125, I think) 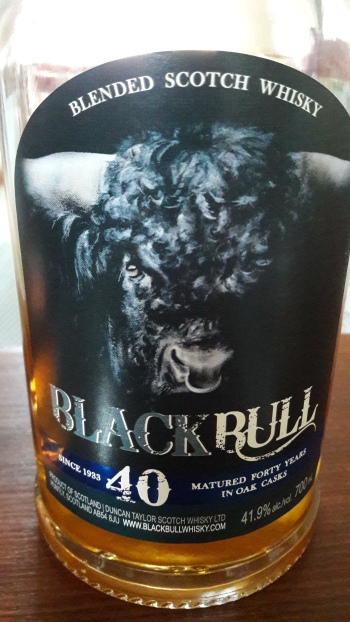 This one has a different make up of either batch one or five, with whiskies coming from Glenlivet, Bunnahabhain, Glen Grant, Tamdhu, Invergordon and Port Dundas. The malt/grain ratio is 90/10 again, distilled between 1965 and 1972 (it was released in 2012).

Sniff:
Lots of oak, more than in the previous one. The grains are there too but different. In this dram they’re dryer, like they’ve already been dried instead of the wet malting floor. It has a bit of a sherry hint with the bitterness that comes with it. A whiff of smoke. A more classic approach.

Sip:
The palate is surprisingly crisp, with a sharpness of black pepper and oak. The smoke is present on the palate too, with grains and a dry sherry flavor too. The bitterness is back, like cherry stones or plum stones.

Swallow:
The sherry makes itself known on the finish as well. Slightly bitter but more like oranges instead of the fruit stones. Quite a lot of oak and dryness. Long as well.

After having tried the first batch this one was a bit less of a surprise. Still, I didn’t expect the focus to be more on the sherry casks, since the color of the whisky is about the same. Still great, with more dryness and bitterness. Normally that would win me over, but in this case I think I prefer the first batch over this one.

I'm very interested in booze, with a focus on whisky. I like to listen to loads of music and play lots of Magic: the Gathering, and board games too. I'm married to Anneke, have two daughters Ot and Cato, a son Moos and a cat called Kikker (which means Frog, in Dutch). I live in Krommenie, The Netherlands.
View all posts by Sjoerd de Haan-Kramer →
This entry was posted in - Blended Whisky, Black Bull and tagged 40 years old, Black Bull, Blended Whisky, Bottle Share, Bunnahabhain, Cask Strength, Duncan Taylor, Glen Grant, Glenfarclas, Glenlivet, HIghland Park, Invergordon, Miltonduff, Port Dundas, Springbank, Tamdhu. Bookmark the permalink.