Edit: As it turns out, I had my match between sample-label and bottle shot wrong. Also, it’s not blended but a pot still whiskey. The post is updated.

By blogging a bit more for the last few weeks I’ve been catching up on older posts. This one I wrote on my birthday (in November…) when I was having some cracking samples I had gotten from buddy MZ a while before.

MZ wrote an article for our club’s magazine ‘De Kiln’ about old Irish whiskeys before the consolidation into the new Midleton distillery around 1975. He was able to get his hands on a lot of them in auctions and was kind enough to share some with me. He also was the one to bring that 1940s Jameson to my Blog Birthday Bash this summer.

This specific bottling is from the 1970s. 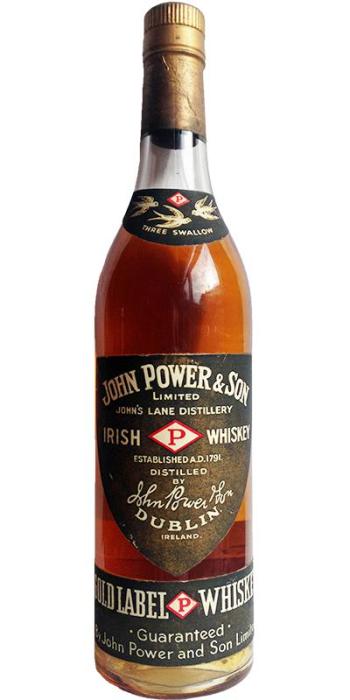 Sniff:
Not unexpectedly, this one is sweet on the nose, with a hint of artificial sweetener. There’s some OBE (Old Bottle Effect, in which a whisky goes a little musty until you let it oxidize a bit) with lots of grain and malt. A hint of white pepper for a bit of heat. The sweetness goes in the direction of wine gums, with the smell of the plastic bag from which they came (smell that, you’ll know what I’m talking about). Quite rich and light.

Sip:
The palate is rather rich, but also has a lightness and some sharp edges as well. White pepper again, with hints of barley. Quite dry with some spices. Banana candy, and some oak.

Swallow:
The finish isn’t overly long, but from these old whiskeys I don’t expect that. It mellows very fast and the lingering taste is that of chalk and sugar.

On the first sniff I was a bit afraid that this would be far too sweet for my liking, but luckily that turned out to not be the case. The hint of the artificial sweetness is something I don’t generally ‘encourage’, which is to say that I find it a bit of a turn off, but in this case it’s far from bad. Especially since it seems to be a part of the deal with these old Irish ladies.

And yup, this stuff is great. I’ve got no clue what a bottle like would cost nowadays, and I probably think it’s too expensive, but it is also an interesting peak into truly a different era of distilling on the Emerald Isle.

I'm very interested in booze, with a focus on whisky. I like to listen to loads of music and play lots of Magic: the Gathering, and board games too. I'm married to Anneke, have two daughters Ot and Cato, a son Moos and a cat called Kikker (which means Frog, in Dutch). I live in Krommenie, The Netherlands.
View all posts by Sjoerd de Haan-Kramer →
This entry was posted in - Irish Whiskey, Powers' and tagged Gold Label, Irish Whiskey, John Power and Son, Pot Still Whiskey, Powers'. Bookmark the permalink.