Just before Christmas I got a surprise package from the mailman, containing a sample of Whiskybase’s newest release. Following their earlier 1973 releases which sold out more or less instantly, they made another one available. By now it’s a year older than its predecessors, but at 44 years old it still clocks in at a very solid 49.4% ABV.

I remember the previous two pretty well, since they were great whiskies. And receiving this one on the brink of Whiskybase’s 100000th bottle on the wall (at the moment of writing they’re at 98864) was fairly surprising. Especially since they could have released it to some great fanfare during the Whiskybase Gathering, in late November.

Anyway, an undisclosed Speyside distillery generally means Glenfarclas, and at this age that is even more likely. 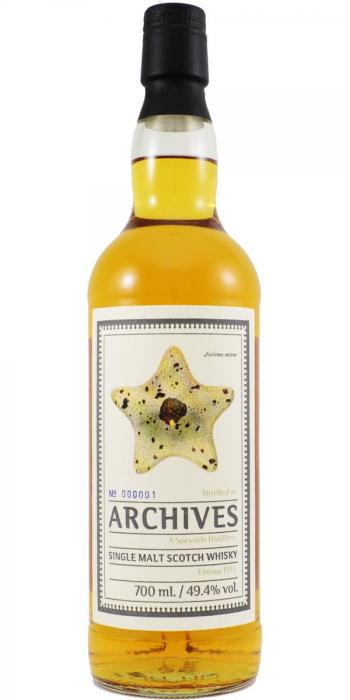 Sniff:
The nose starts of with an indication that this is going to be a treat. It’s very deep and offers an indication of the vast amount of scents that are possible to find in here. (See how I avoided the word ‘complex’…). It’s not over oaked and even quite crisp, especially for a 44 year old. Aniseed, oak, dried apple with a dusting of wood spices. Star fruit, and a scent that reminds me of Fino cask matured whiskies. Not necessarily Fino sherry though. After a while there’s a whiff of flowers and varnish. All in a good way, of course.

Sip:
The palate is slightly more hot than I expected, but that’s just the arrival. The heat, well, warmth, gives way to smooth and slightly sweet flavors. There’s a hint of bitterness too with quite some oak here. There’s fruit, flowers and spices. Dried apple, pear and peach, with a hint of syrup. That Fino thing from the nose is here too, with some salinity.

Swallow:
The finish is very gentle. The sweetness lingers longest, and the oak gives away the whisky’s tremendous age. Old fruit and a dusty spice cabinet. Absolutely gorgeous, but not very long.

When I nosed the whisky I knew it was going to be a treat. What I also knew was that this would be a serious contendor for whisky of the year. This morning I spent some time looking through the reviews I did this year and there were some good’uns, but not this good.

The complexity is fantastic, without ever being over the top. The oak is present, but not overpowering. It’s not tired or stale or anything. If anything, this whisky is a serious financial danger since I’ve been racking my brain to see if there’s a way to validate spending 400 euros on a bottle of hooch at this moment.

I loved the hints of fino sherry cask maturation, which might be my mind playing tricks on me. It just reminders me of the 40 year old one I tried late last year. What an awesome dram.

I'm very interested in booze, with a focus on whisky. I like to listen to loads of music and play lots of Magic: the Gathering, and board games too. I'm married to Anneke, have two daughters Ot and Cato, a son Moos and a cat called Kikker (which means Frog, in Dutch). I live in Krommenie, The Netherlands.
View all posts by Sjoerd de Haan-Kramer →
This entry was posted in Undisclosed and tagged 1973, Archives, Enchinoderms of Australia, Free Sample, Sherry Cask, Speyside, Whiskybase. Bookmark the permalink.