Right, again, some catching up to do. Of course this happens in the home stretch of the Blind Tasting Competition. This last period of the competition is also lovingly known as ‘I no longer really care about it since I barely get around to anything’ in MaltFascination HQ.

Anyway, some short reviews are in order:

On the nose it’s a very fruity and grain driven dram. Lots of apple, coconut and lemonbalm. Slightly dry and rather intense. Straw and barley too. The palate is a lot sharper than the nose, and more sharp than expected. Lots of yellow fruit with apple, pineapple, lemon. Peardrops too. The finish has a whiff of chalk and icing sugar. Somehow it remind of ‘car candy’ (Smith Kendon Mixed Fruit like).

A ridiculously strong OP, as it turns out. I went for Inchmurrin but was way off on the ABV. A gorgeous whisky which I really, really liked. Shame it’s a distillery only so I can’t really get it… 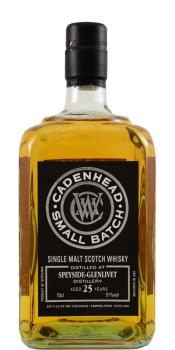 Dry barley on the nose with lots of shortbread. Oak, twigs, white pepper with some other wood spices. Quite crisp. The palate is grassy, hay with oak and barley. Whole grain biscuits, shortbread. Slightly green and dry. The finish is light and a tad sharp. Lots of flavors. Dry, hay, marram grass.

A rather great dram from Speyside distillery. Quite some age to it too, which I found a bit hard to guess since the whisky is still a bit ‘green’. The benefit of a refill cask, I’d say. Quite acceptably priced at 110 quid (at Master of Malt) too.

I’m considering getting this for a bottle-share… 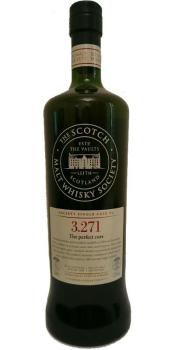 Another episode in ‘honey, I broke my peat-o-meter. I didn’t get any peat from this. Not sure what’s happening since I was aware I should pay extra attention to that.

On the nose it’s rather coarse and dry. Some grassy tones with ‘lazy oak’. Refill bourbon, I’d say, with moss and leafy greens. Slightly dry spices. The palate is sharp and dry. Very consistent with the nose. Grassy and light with white oak. The finish is, again, the same as before. Some algae like green flavors. Grass, oak and white pepper.

I found this a quite boring whisky. There’s not really anything that stands out and makes this ‘good’. As in, it’s not necessarily a bad dram, but it’s quite uninteresting. All flavors feel held back.

The final dram of the competition! By this time I was in 18th or 17th position, with absolutely no chance of making a run for a significantly higher spot. I’ve looked back and compared to other years I’m doing quite fine. There was only one year in which I had more points than this one, so I’m a happy camper. Especially since there were some really good drams!

The nose gives me big, old style sherry. I would expect this to have some age to it (I was wrong). Lots of sweet and soft dried fruits. Peaches and dates with a whiff of menthol in the background. Some almonds or cherry stones or so. The palate is a lot sharper than I expected with oak and sherry. Dates, almonds. It’s a very weighty dram, if that’s a thing. Butter biscuit too. The finish has lots of spicy sherry, with dates and almonds again. Quite some oak too.

This is a cracker. I figured this must be a Speyside whisky, but I couldn’t make a choice between Glenfarclas, Strathisla and Glen Grant. Glenfarclas can go either way with sherry. Strathisla is generally a bit more rough (which I love) and Glen Grant is generally a bit more gentle. In the end I picked wrong, but I got some points for the region. I was completely off in regards to age and everything else.

I'm very interested in booze, with a focus on whisky. I like to listen to loads of music and play lots of Magic: the Gathering, and board games too. I'm married to Anneke, have two daughters Ot and Cato, a son Moos and a cat called Kikker (which means Frog, in Dutch). I live in Krommenie, The Netherlands.
View all posts by Sjoerd de Haan-Kramer →
This entry was posted in Bowmore, Old Pulteney, Speyside, Strathisla and tagged 1991, 1998, 2003, 2006, Blind Tasting Competition, Bourbon Cask, Bowmore, Cadenhead, Distillery Only, Highlands, Islay, Old Pulteney, Sherry Cask, SMWS, Speyside, Strathisla, Usquebaugh Society. Bookmark the permalink.