Daftmill is a very strange company. I think it’s the most old fashioned whisky distillery in Scotland, based on the limited information that I have.

They’re a working farm, and distill in the slower seasons, with their own barley. Also, they had the means and common sense to only release their whisky when it was ready. Contrary to most other new distilleries that start by producing gin and vodka, and start churning out regular releases and private casks as soon as 3 years have passed (Kilchoman, Wolfburn, anyone?). This churning out releases is not necessarily a bad thing, but it does trouble my vision when trying to find something new to enjoy in the shop. 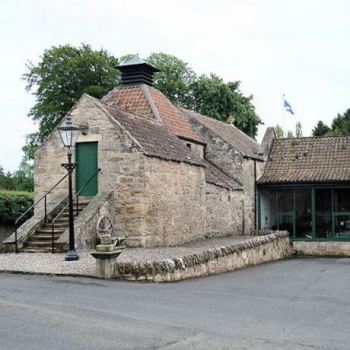 Anyway, Daftmill. They released their very first whisky earlier this year, and I missed it. It sold out in minutes and while I tried getting one later, it sold out while it was in my shopping cart (this obviously is online).

The summer release, while a bit slower before it got some traction has long gone as well. It was released some four weeks ago, for £ 95, and is currently up to £ 312 on Whiskybase’s Marketplace. I’m glad I got a bottle for the initial price.

I didn’t want to risk missing it again, so I ordered it as close to the source as I could, at Berry Brothers and Rudd. This is one of the most ancient of booze peddlers in the United Kingdom and that shows. They don’t ship internationally if the order is less than 100 pounds. They charge a whopping 32 pounds for shipping across the North Sea, and it took more than a week before it was even sent off. Let’s say that webshop wasn’t on my radar before this Daftmill, and it has now been removed from it again.

Anyway, the whisky. The initial release was 12 years old, and this one is too. Distilled in 2006 and released in July of this year. It matured in a first fill bourbon barrel and was bottled at 46% (the first one was at cask strength).

Sniff:
A strange combination of herbs, grass and sweetness. A bit like a custard with some rosemary. Sligtly mineral like, with a lot of forward barley. Rather unique. It gets more spirity after a few minutes.

Sip:
More spices and some sharpness here. White oak, lots of barley and a bit of sweetness. Boiled apples, and cinnamon.

Swallow:
Light and spicy on the way down. Fresh orchard fruits, some oak and a bit of warmth.

This feels like it’s an honest whisky. Carefully selected from casks without wanting to blend towards some spectacular flavor, which seems to happen all too often. This feels a lot more like ‘we take it as it comes’. And I love it for it.

It’s light, and grassy and truly tastes like a Lowlands whisky, which also is a rather rare thing with Auchentoshan being a bit strange in their triple distillation, and Glenkinchie being way too sweet and simplistic. Of course, there’s Ailsa Bay, but that’s a strange one too, and Annandale which I have not tried yet (their initial 3 year old sold for £ 300…)

I am sure going to keep my eyes on Daftmill, because this distillery is going places!

I'm very interested in booze, with a focus on whisky. I like to listen to loads of music and play lots of Magic: the Gathering, and board games too. I'm married to Anneke, have two daughters Ot and Cato, a son Moos and a cat called Kikker (which means Frog, in Dutch). I live in Krommenie, The Netherlands.
View all posts by Sjoerd de Haan-Kramer →
This entry was posted in Daftmill and tagged 2006, Bourbon casks, Daftmill, Fife, Lowlands, Summer Release. Bookmark the permalink.