I got a sample of this in a share ages ago, and when selecting things to take with me on holiday for a bit of a drink at night, I grabbed it off the shelf finally. Contrary to previous years in which I just brought tail ends of bottles, I decided to go through some samples instead.

Ever since visiting Glen Scotia in April, that distillery has been on my radar far more than before. I’m not sure why that is, but I don’t mind to have another distillery on the watch list. There’s no way I can keep up with everything, so one more options doesn’t hurt if you have to let go 99% of the things you find interesting.

Anyway, a 13 year old from a refill bourbon cask sounds incredibly random, but I found this surprisingly good. 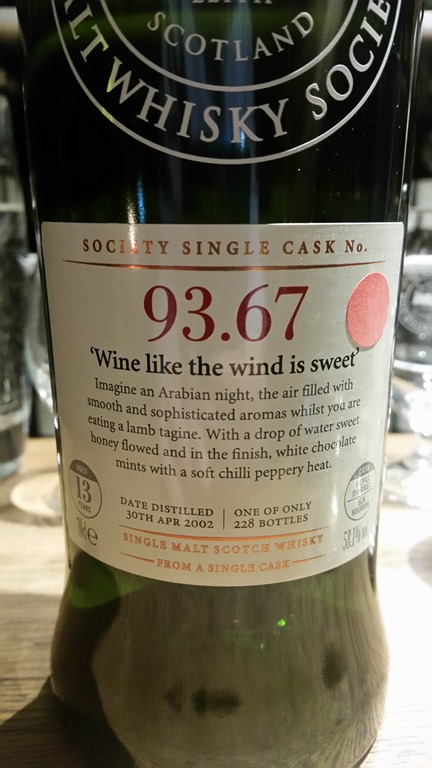 Sniff:
Barley and straw, with a very typical light funkiness. Very Glen Scotia. It gets warmer with a couple of minutes, with scents of fresh pastries. Apple, orange and oak.

Sip:
Much more sweet than expected, with pastries, candied orange, oak and some spicy sharpness. Hints of pepper, freshly cut wood, and turmeric.

Swallow:
Very classical with warm barley, porridge, oak and orange. Slightly funky like on the nose.

Well, this ticks all the boxes of a teen Glen Scotia, and it reminds me quite a bit of the Mashman’s Reserve I picked up at the distillery. I love that it has a light funkiness to it, because it really makes it stand out from the barrage of random bourbon cask whiskies that are flooding the market. A lot of it is good, but not something you’ll remember in a while.

It tastes older than it actually is. Very good stuff!

I'm very interested in booze, with a focus on whisky. I like to listen to loads of music and play lots of Magic: the Gathering, and board games too. I'm married to Anneke, have two daughters Ot and Cato, a son Moos and a cat called Kikker (which means Frog, in Dutch). I live in Krommenie, The Netherlands.
View all posts by Sjoerd de Haan-Kramer →
This entry was posted in Glen Scotia and tagged 2002, Bourbon Cask, Campbeltown, Glen Scotia, Scotch Malt Whisky Society, SMWS. Bookmark the permalink.