For the 20th anniversary of The Whisky Exchange a few bottlings have been released so far. I rather vividly remember some of their releases for the tenth anniversary. Back then I did a bottle-share with that Clynelish 37, Hakushu 20 and Karuizawa 1982. There were quite a few other ones too, and most of them were exceptional to say the least.

Looking at the current slew of releases they’ve done for their 20th I can start rambling about the obvious changes in ten years, mostly the prices and the average vintages are very different. Although I expected prices to be higher and vintages to be lower, to be honest. There’s quite some special stuff in there.

The most obvious other realization is that whisky has gotten more international with releases from American, Taiwan, Australia and Wales, and some rums are in the selection too. I have to admit also, that seeing the list makes me rather thirsty.

Anyway, this NAS whisky is one of the recent releases and it combines two VERY popular things in whisky: peat and sherry. Generally, that’s a recipe for success. Let’s where this one lands. 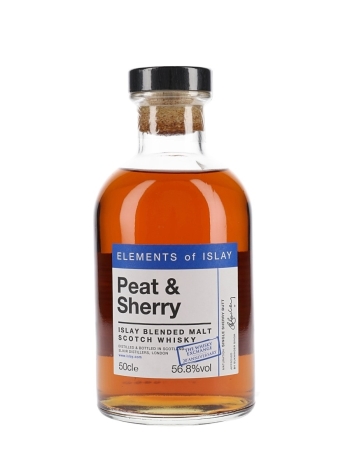 Sniff:
Well, there’s peat and sherry. The alcohol is quite harsh at first, but there’s a lot of dry and fruity sherry with slightly bitter almonds. Plums, dates, raisin twigs. The peat is quite coastal, with rope and salt.

Sip:
The palate is pretty sharp. The nuttiness is amped up, with lots of almonds and walnuts. Very dry, with lots of dried fruits. Apart from the plums and dates, there are apricots too. The coastal notes of brine and salinity, and the harbor like smells of tar and wet wood. Of course, there’s lot of thick, greasy smoke.

Swallow:
The finish is very long and drying. The bitterness is toned down, but does last long. The fruit is still present, but dialed back too. It’s more about the dryness, salinity, wood and smoke notes.

It doesn’t come as a surprise but it does exactly what the label says. There’s lots of peat and there’s lots of sherry. And it combines very well, just as you’d expect.

Maybe it’s a little bit clunky, as it does mostly those two things and not much else. Also, I think the whisky is fairly young, but that’s not a bad thing. Also, at € 62-ish this is very fairly priced whisky for its style and intensity.

Thanks to The Whisky Exchange for the sample!

I'm very interested in booze, with a focus on whisky. I like to listen to loads of music and play lots of Magic: the Gathering, and board games too. I'm married to Anneke, have two daughters Ot and Cato, a son Moos and a cat called Kikker (which means Frog, in Dutch). I live in Krommenie, The Netherlands.
View all posts by Sjoerd de Haan-Kramer →
This entry was posted in Undisclosed and tagged 20th Anniversary, Elements of Islay, Free Sample, Islay, Sherry Cask, The Whisky Exchange, Undisclosed Distillery. Bookmark the permalink.