Through the magic that happens at Facebook I saw a post from CognisNews on my timeline. Never heard of them, but they had the scoop on Diageo’s releases for 2013. Thanks should also go to WhiskyIntelligence.com.

Here is a short version. I ripped out the tasting notes since most people don’t really care about that marketing bit. I’ll write some opinion on this all after Maltstock. I’m kind of preoccupied right now:

Diageo has announced the ten Single Malt Whiskies that form its annual limited-edition Special Releases for 2013.

In the words of Nik Keane, global director for malt whiskies at Diageo, they represent “some of the most sought after, valuable and collectible Single Malt Scotch Whiskies in the world”.

The oldest in the collection is a Lagavulin™ at 37 years old and distilled in 1976 – the oldest expression of Lagavulin ever released by the distillers, in a dramatically limited edition of fewer than 2,000 bottles. It is flanked by a lively 12 year old Lagavulin.

Georgie Crawford, distillery manager at Lagavulin, said: “Lagavulin is probably the most sought-after single malt whisky in production today  –  universally acknowledged as one of the unchallenged grands crus of Scotch Whisky. For many years we have been unable to supply sufficient mature spirit to meet worldwide demand. So bottlings of old Lagavulin are exceptionally rare, and this year’s 37 year old is the oldest that we have ever released. Its 12 year old younger brother makes a regular appearance in the Special Releases, and has always been received with huge enthusiasm.”

Further North, from the Isle of Skye, 3,000 individually numbered bottles of a classic and sophisticated Talisker™ distilled in 1985 are destined to be much in demand from adorers of this legendary single malt.

Three grown-up whiskies make the case for Speyside.  An unusually mature example ofCardhu™, presented at 21 years old in fewer than 6,000 individually numbered bottles, will suggest an interesting comparison with the 22 year old Cardhu own bottling released in 2005. The 28 year old bottling of The Singleton of Dufftown™ is the first limited cask strength edition of The Singleton in this series with just 3,840 individually numbered bottles. And bottled at 36 years old, the very rare Convalmore™ – from the Dufftown distillery that ceased production in 1985 – makes a welcome reappearance, carrying  a few more years since its last much-acclaimed showing in the Special Releases back in 2005, this time in a smaller edition of only 3,000 bottles.

For lovers of West Coast Single Malt Whiskies, Oban™ is represented by a 21 year old from rejuvenated American Oak and a second fill in ex-Bodega casks. Another complex maturation regime lies behind the 8th unpeated limited edition of Caol Ila™ which this year proudly carries the subtitle “Stitchell Reserve” in honour of the long-serving distillery manager Billy Stitchell, due to retire this year.  “Refill American Oak, rejuvenated American Oak and ex-bodega European Oak have all played a role in creating this special Caol Ila,” explains Billy. “It has a firm, clean and fresh style, finishing with aromatic, spicy and drying notes.”

Ultra-rare bottlings from another two long-closed distilleries complete the line-up in this year’s releases. A 34 year old Port Ellen™, the 13th and oldest release from the original distillers, comes in an edition of fewer than 3,000 individually numbered bottles, as does the equally desirable Highland East Coast 35 year old Brora™, from casks filled in 1977. Both bottlings are destined to excite collectors and connoisseurs.

Nick Morgan, Diageo’s head of whisky outreach,  commented: “Stocks of Brora and Port Ellenare inexorably diminishing. Each year’s limited-edition bottling releases one more fragment of whisky history that is unique, and can’t ever be replaced. This puts Port Ellen and Brora in a different category from most other very old single malts  –  mainly from operating distilleries  –  that  are on the market, often at very high  prices. On top of that, Port Ellen and Brora are not merely rare, old and in great demand – they are judged by most qualified commentators to be of outstanding quality, and this year’s edition will be no exception.

“Indeed, many would accept that Port Ellen and Brora are among the world’s rarest Single Malt Whiskies still being released.” 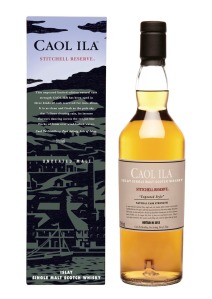 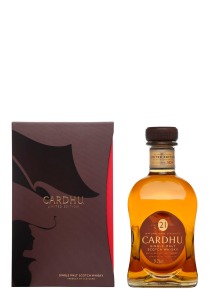 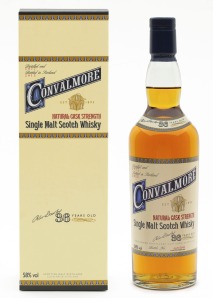 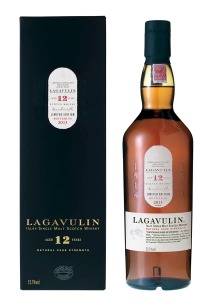 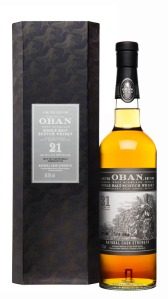 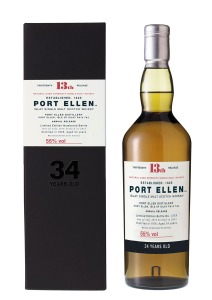 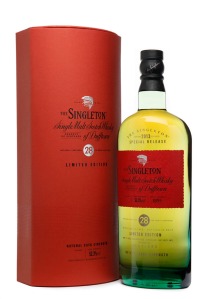 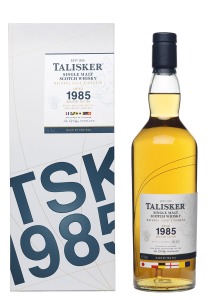 End of the press release.

So far, most of it is out of my league, but I sure would like to taste all of them!

I'm very interested in booze, with a focus on whisky. I like to listen to loads of music and play lots of Magic: the Gathering, and board games too. I'm married to Anneke, have two daughters Ot and Cato, a son Moos and a cat called Kikker (which means Frog, in Dutch). I live in Krommenie, The Netherlands.
View all posts by Sjoerd de Haan-Kramer →
This entry was posted in Brora, Caol Ila, Cardhu, Convalmore, Lagavulin, Oban, Port Ellen, Talisker and tagged Brora, Caol Ila, Cardhu, Convalmore, Diageo, Dufftown, Highlands, Islands, Islay, Lagavulin, Oban, Port Ellen, Singelton, Singleton of Dufftown, Speyside, Talisker. Bookmark the permalink.

1 Response to Diageo’s Premium releases for 2013