With all the NAS releases being done over last couple of years, and the flack the industry is getting for doing those instead of ‘properly aged whisky’ there was bound to be someone to do a comparison.

Of course, a comparison by one person wouldn’t really matter, so Oliver Klimek invited 70 friends along for the ride. We could become part of the testing panel and try five pairs of whiskies from one distillery. Each pair would be the distillery’s entry level dram and a similarly priced NAS whisky from the same company.

While you’ve probably read about the results being practically a draw and there not being any significant favor for either the age stated or NAS whisky, I still think this is a slight loss for NAS. Well, actually, more for marketing departments that have been rambling on about NAS being better. They charge more for most NAS whiskies because they are more flavor driven and therefore should be better. The shackles of the age statement have been removed, so they say. Apparently, it doesn’t really matter when compared low-end booze. 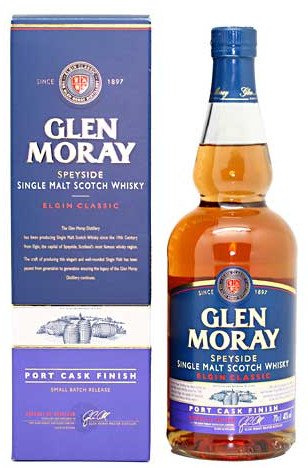 I mean low-end with respect, since most whiskies in this competition are from very decent distilleries and not just some random branded crap from the bottom shelf of the supermarket. Low-end means, in this case, the cheapest expressions from a distillery.

Oh, and obviously, this was all done blind. The only thing we knew was that each pair was from the same distillery, and that it’s from Scotland. Which was which was for us to figure out.

Sweet and wine-like. A tad malty on the nose. Mostly light, with some alcohol and red fruits. The palate was a bit sharp from the alcohol. Sweet, fruity, malty and gets heavier after a while. The finish is short and simple. Just the sweetness lingers a bit.

Less sweet on the nose with more clear oak influence. Heavier and a bit more depth. Dusty, chalky, barley. The palate has pepper and barley, and tastes less alcoholic. Wood, chalk, licorice, peppermint and malt. The finish is a lot longer with oak, licorice, malt and apples.

I clearly preferred the second sample and thought the first tasted mostly like they put in a lot of effort to make something of the whisky, but ended up with something that tastes too much like trickery. Like the over active oak is used to mask something. Not very refined at all.

The second sample is still a very basic whisky, but at least it tastes a lot more like whisky. Like wood, and patience, and being okay with waiting a little bit. Quite acceptable booze, to be honest. And cheap!

Short review: I drank the 12 year old, and poured the other down the sink.

I'm very interested in booze, with a focus on whisky. I like to listen to loads of music and play lots of Magic: the Gathering, and board games too. I'm married to Anneke, have two daughters Ot and Cato, a son Moos and a cat called Kikker (which means Frog, in Dutch). I live in Krommenie, The Netherlands.
View all posts by Sjoerd de Haan-Kramer →
This entry was posted in Glen Moray and tagged Big Blind Tasting, Elgin, Glen Moray, NAS, Port Cask, Speyside. Bookmark the permalink.