Age vs. NAS round 2: Dalmore 12 vs Dalmore Valour

The second round of NAS vs Non-NAS (or Age Stated) is another pair from around the tiny speck of the North Sea that ends in the Moray Firth. That’s a very creative way of saying that they’re not too far from each other (as the crow flies). It’ll take you a while to drive from A to B though.

Dalmore is not a whisky I try often. Mostly because there’s not much to go around at indie bottlers. And, let’s be honest, the official Dalmores that are interesting are out of most folks’ range. The ones that we can afford are mostly watery NAS whiskies with some kind of freaky cask finish. 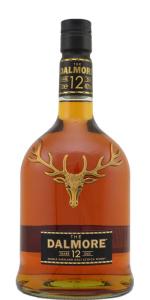 Honestly, outside of a bottle share (and I even doubt that) I’ve never spent money on Dalmore, except for one masterclass with whisky-tasting-legend Richard Paterson. That was an awesome tasting as he had brought a bunch of cask samples of the non-blended whiskies that went into the King Alexander III, which has six cask in it.

The nose of this whisky is sweet and woody, and light. Slightly chemically fruity. Thing, but mostly those artificial flavors are not really to my liking. The palate is slightly malty. Some candy sweetness and honey licorice. Sweet, sugary and some oak. The finish very similar but slightly less licorice like. 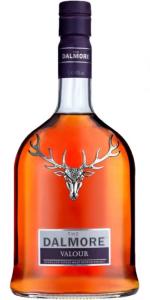 There a little bit of oak on the nose, and it smells less chemical. More focused and weighty. Fruity with some apple and some peach. The palate is smooth and slightly creamy. Fruity, some peppery spice and oak. The finish is slightly oaky. Raisins, quite long and sweet.

In this case I was mistaken to guess the NAS one. I guessed the first since it lacked some depth compared to the Valour. I preferred the latter but scribbled in my little notebook that it still wasn’t all that good. Neither of them are whiskies I’d like to buy.

The short review of those would be that the second sample was slightly better in my opinion, but since I was behind on tasting these drams and had more to go, both went down the sink.

I'm very interested in booze, with a focus on whisky. I like to listen to loads of music and play lots of Magic: the Gathering, and board games too. I'm married to Anneke, have two daughters Ot and Cato, a son Moos and a cat called Kikker (which means Frog, in Dutch). I live in Krommenie, The Netherlands.
View all posts by Sjoerd de Haan-Kramer →
This entry was posted in Dalmore and tagged Big Blind Tasting, Dalmore, Highlands, NAS, Sherry Cask, Valour. Bookmark the permalink.