I’m not 100% sure where they’re coming from but I’ve got quite a lot of SMWS samples lined up. Most are from bottle shares done by BC, but some come from elsewhere. Anyway, generally I like the whisky with a miss sometimes in the mix.

From all distilleries that I can have, I had a Glenlossie sitting in the cupboard. It might have been a couple years since I last had a Glenlossie and it’s not a distillery that’s on my radar. Not sure why, but I guess because there’s not much coming from there in the form of single malts.

Sniff:
It’s rich and woody with lots of straw, hay and grass. Quite some dough and malt with a touch of vanilla and pound cake. Somehow I found this one to be a bit tough to dissect. A bit Mortlach-y.

Sip:
The palate is dry with dough and malt again. Oak, vanilla and lemon, pastry dough, sand dough. It’s sweet with brown sugar and a hint of pepper. It’s rich but gets sharper if you let it swim.

Swallow:
The finish isn’t overly long with more vanilla than before. Still bread dough and shortbread. Maybe a touch of Scottish tablet. More smooth than the palate.

I’m not entirely sure what to think of this one. Well, I know the name doesn’t make sense once again. I think the case with this whisky is that it’s forgettable. I tried it last week and I didn’t even remember trying it until I saw the tasting notes in my booklet. 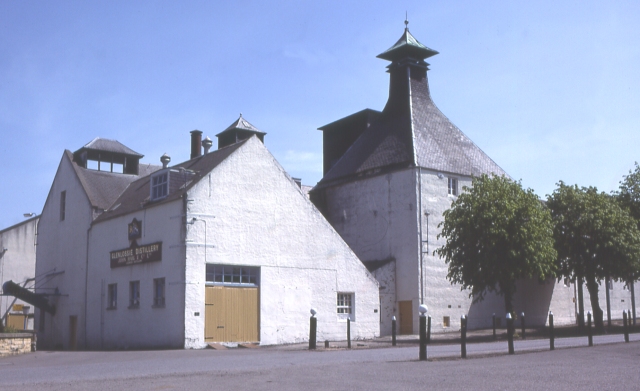 The flavors, when reading back, are nice enough but not in a way that it’s a highly unique whisky. Somehow, that happens a lot with SMWS. The booze is not often bad, most of it is good and sometimes there’s a truly great one in there. But, there’s also a lot of things that are quite forgettable. Shame, but not strange if you bottle over a hundred casks per year, and have been doing that for more than three decades.

I'm very interested in booze, with a focus on whisky. I like to listen to loads of music and play lots of Magic: the Gathering, and board games too. I'm married to Anneke, have two daughters Ot and Cato, a son Moos and a cat called Kikker (which means Frog, in Dutch). I live in Krommenie, The Netherlands.
View all posts by Sjoerd de Haan-Kramer →
This entry was posted in Glenlossie and tagged 1992, Bourbon Cask, Glenlossie, Scotch Malt Whisky Society, SMWS, Speyside. Bookmark the permalink.