Glenlivet doesn’t pop up all that often in independent bottlings. Also is it not quite on the radar of the usual suspects I taste whisky with. The result of that is, of course, that I don’t try many Glenlivets.

This is quite strange, since I know I rather like the distillery’s product. I went through some bottles of it over the years and most of them were good, some were better. I don’t think I’ve ever had a bad Glenlivet.

What did get on my radar is that they released some ridiculous ‘dram chair’ two years ago. Also, some of their releases are ridiculously expensive, like the limited edition Bochel which is an 11 year old sherry’d dram, for some € 230. The reviews of that are rather positive, but there’s always a footnote that it’s not with that much by a long shot.

But still, their normal releases and the Nadurra’s are all pretty fine drams. The indie versions I’ve tried have all been good to great. Let’s see how this one fares. Oh, it’s from the Wood makes the Whisky campaign again, and this one clearly shows how wood was involved in it. 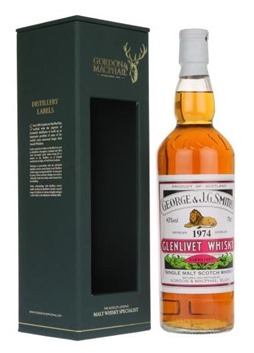 Sniff:
Big and spicy sherry notes. Not just peaches, plums and figs, but also quite some wood spices. Nutmeg and clove, I’d say. Very light and not as ‘old’ as I expected it to be. Slightly bitter with oak and dried autumn leaves.

Sip:
Very smooth and gentle. Quite hot on the palate again, but in this case that’s more the bitterness of the oak and the spices coming through than it is pepper. Autumn leaves, tobacco leaves maybe. Oak, quite a lot of that, and baking spices. Nutmeg and clove. Some fruits typically associates with sherry in the background.

Swallow:
Here the oak gets a bit dusty and the bitterness is more pronounced than it was before. Classic sherry notes, the aforementioned bitterness is coming through full strength, supported by spices, fruit and oak. Very long on the finish.

I saw Gal review this and rate it at 88 points. I think that’s a bit on the low side, but I might be more of a sucker for bitter flavors.

So, yay on the bitterness! The combination of flavors works really well and in no way is this a simple dram. The fruit combined with the earthy, leafy flavors works great. Add some spices to that and you’re in for a rather great dram.

The ‘old’ flavors of slightly too powerful oak are not in play yet, but they are starting to show up. That means the whisky isn’t too old but the raw edges have been trimmed. All in all, it seems this was bottled at the best possible time.

Thanks to Gordon & MacPhail for the sample!

I'm very interested in booze, with a focus on whisky. I like to listen to loads of music and play lots of Magic: the Gathering, and board games too. I'm married to Anneke, have two daughters Ot and Cato, a son Moos and a cat called Kikker (which means Frog, in Dutch). I live in Krommenie, The Netherlands.
View all posts by Sjoerd de Haan-Kramer →
This entry was posted in Glenlivet and tagged 1974, Free Sample, Glenlivet, Gordon & MacPhail, Rare Vintage, Sherry Cask, Speyside, The Wood Makes the Whisky. Bookmark the permalink.