The Whisky Exchange have a knack for finding some good casks in distilleries that aren’t that common to find in shops like The Whisky Exchange. They seem to have a preference for Zuidam’s Millstone too, since this is already the second single cask they’ve bottled.

The first one was an amazing 10 year old that I bottle shared and reviewed little over a year ago. Now it is time for it’s younger brother at seven years old. Also a rye whisky, which I don’t find surprising since even Americans seem to love the stuff they put out!

Of course, a 10 centiliter sample (which was all I had) is gone quickly and this one was gone in a single night. But that’s just getting ahead of myself. 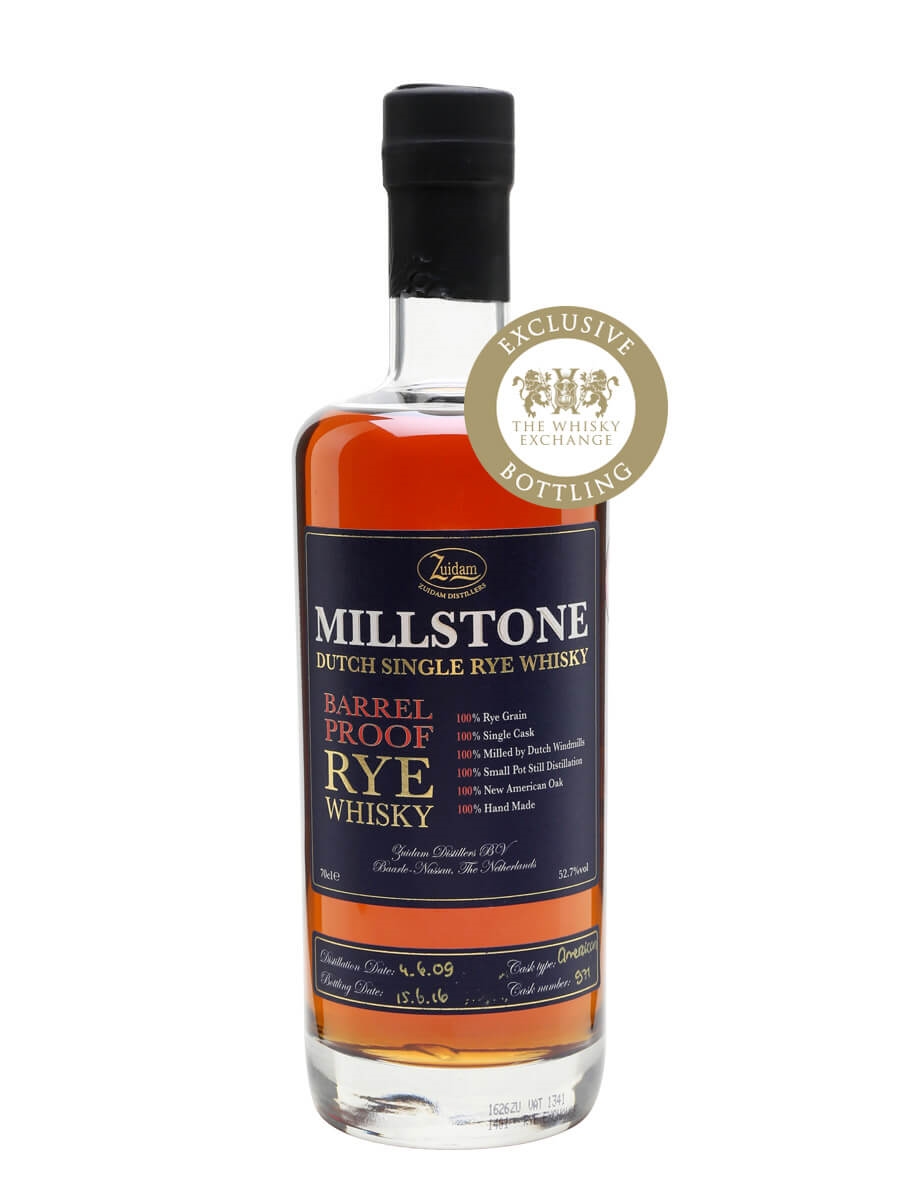 Sniff:
The nose is a tad sharp and spirity, but it’s young and it’s not in a bad way. Quite some oak, with some grains and spices. I would have expected this to be a bit sharper than it actuall is.

Sip:
The palate is sharp and quite fierce, which suits the style. Spirit, crushed black pepper, sweet spices with some sponge cake. Rye grains and quite some richness.

Swallow:
The finish is very consistent with the palate, so grains and spices, with some oaky notes too. Slightly sweet and spirity, and not overly long.

Well, the 10 year old from 2015 was better. Which is not to say this isn’t good, but the 10 year old had a bit more to offer than this one. This is a fairly simple whisky with straight forward and honest flavours and scents. I do love this. It’s a spicy whisky, much like some of the more spicy American rye whiskies, but without the expected sweetness that sometimes overpowers those.

Mind, it’s still sweet but the wood and spices add some bitter notes which creates a nice balance between those flavors. It is a dry and quite young whisky though. But, after all is said and done I am considering getting myself a bottle. It’s very good, and quite affordable.

I'm very interested in booze, with a focus on whisky. I like to listen to loads of music and play lots of Magic: the Gathering, and board games too. I'm married to Anneke, have two daughters Ot and Cato, a son Moos and a cat called Kikker (which means Frog, in Dutch). I live in Krommenie, The Netherlands.
View all posts by Sjoerd de Haan-Kramer →
This entry was posted in - Rye Whiskey, - World Whisky, Millstone, Zuidam and tagged 2009, Baarle-Nassau, Bottle Share, Cask Strength, Dutch whisky, Millstone, Netherlands, Rye Whisky, The Whisky Exchange, Zuidam. Bookmark the permalink.