I got points! Two days in a row! 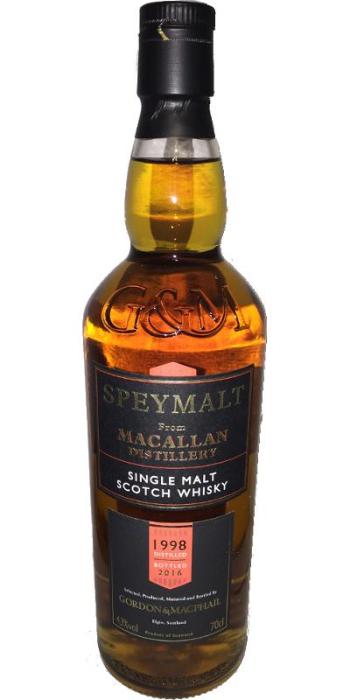 Sniff:
Heavy on the nose, with some leathery sherry and heavy spirit. Quite earthy, with baked fruits (blackberries, plums). With a big inhale there’s a bit of a minty note. Black cherries. Quite nice.

Sip:
Surprisingly sharp on the palate, with some definit peppery bite. Lots of black pepper and chili peppers. Some fruity sweetness to boot, and an oaky backdrop. Somehow I get a bit of a caffe latte flavor too.

Swallow:
Smooth and creamy finish, with fruit syrup. Quite warming and pretty long.

I didn’t guess the distillery since I don’t find this a typical Macallan. Especially the peppery palate was surprising for the brand. I also didn’t guess the age or ABV right. The ABV because of the palate, which I found rather sharp, and the age because I thought there were less wood notes than I’d expect from 18 years old.

Still, a pretty tasty dram! And 20 points for getting the region right!

I'm very interested in booze, with a focus on whisky. I like to listen to loads of music and play lots of Magic: the Gathering, and board games too. I'm married to Anneke, have two daughters Ot and Cato, a son Moos and a cat called Kikker (which means Frog, in Dutch). I live in Krommenie, The Netherlands.
View all posts by Sjoerd de Haan-Kramer →
This entry was posted in - News and Announcements and tagged 1998, Blind Tasting Competition, Gordon & MacPhail, Macallan, Sherry casks, Speymalt, Speyside, Usquebaugh Society. Bookmark the permalink.