Last week I finally got in the bottles for the most recent bottles share of The Whisky Agency. A nice Blair Athol, Allt-a-Bhainne and a blended malt which was released for Maltstock last year.

Also in the box were two samples Teun (Maltstock Teun, that is). One of which was this Springbank 1969. I think I did a double take when I saw this label. Just a random Springbank from the sixties. You don’t come accross these all too often, and for good reason since they are unaffordable. I bet this one was a lot more reachable when it came out over 12 years ago, but how things have changed…

It’s no secret that Springbank is one of my favorite distilleries on the planet, if not THE favorite. I’ve unfortunately only been there once, but I hope to change that in 2018, and just maybe, but those chances are tiny, this year. 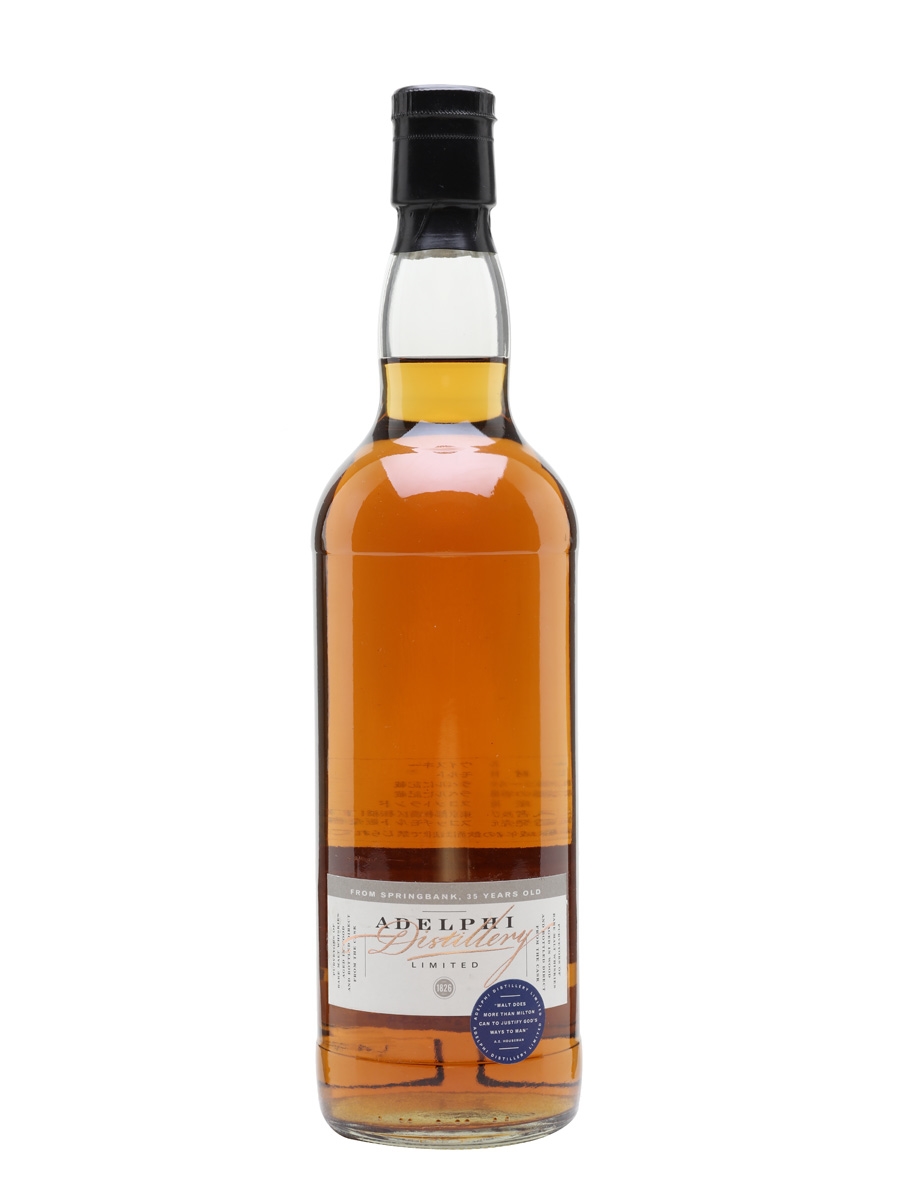 Sniff:
Quite fierce on the nose with a lot of dry oak, and a light whiff of smoke. A bit salty, some black pepper and there’s some ‘temperate’ fruit too. Apple, dry pear peels, grape twigs. Some spices too. I think I’m getting some woody cinnamon too.

Sip:
The arrival is slightly hot, but there’s a lot of flavor too. Lots of old oak, and the typical Springbank dirtiness. Some salt and pepper again, as well as dried apple. The pear peels from the nose as well. And something else. Dry and old sponge cake, maybe some other spices?

Swallow:
The finish is surprisingly gentle and warming. Quite long, some sweetness like in the old sponge cake. It has that dryness, and staleness, but in a good way (somehow). Still a bit of fruit, but the salt and pepper aren’t as noticeable.

This is a truly tremendous whisky. It’s a bit different, since most old stuff that comes out nowadays is heavily sherried, or at least far more sherried than this one. This is a whisky from a refill butt, but I only noticed that from the finish, somehow.

The flavors are fairly straight forward and even a bit predictable. The beauty of this whisky is that everything is spot on and utterly beautifully done. The flavors are very wood driven, but never so woody that it tastes like you’re licking the cask.

Thanks a million, Teun!

I'm very interested in booze, with a focus on whisky. I like to listen to loads of music and play lots of Magic: the Gathering, and board games too. I'm married to Anneke, have two daughters Ot and Cato, a son Moos and a cat called Kikker (which means Frog, in Dutch). I live in Krommenie, The Netherlands.
View all posts by Sjoerd de Haan-Kramer →
This entry was posted in Springbank and tagged 1969, Adelphi, Campbeltown, Sherry Cask, Springbank. Bookmark the permalink.