Of course, I’m far too late in reviewing this sample that was sent to me by The Whisky Exchange. However, I very much doubt the bottles lasted a second longer because of it.

A blended malt from the early seventies, from Speyside. I’d be surprised if there’s no Glenfarclas in this. However, the rest could be anything, of course.

It’s six years older than I am, but that doesn’t mean it’s old in its style. Also, it’s insanely promising to get a whisky that’s from a ridiculously good bottler, and from a renowned shop known for its epic selections. 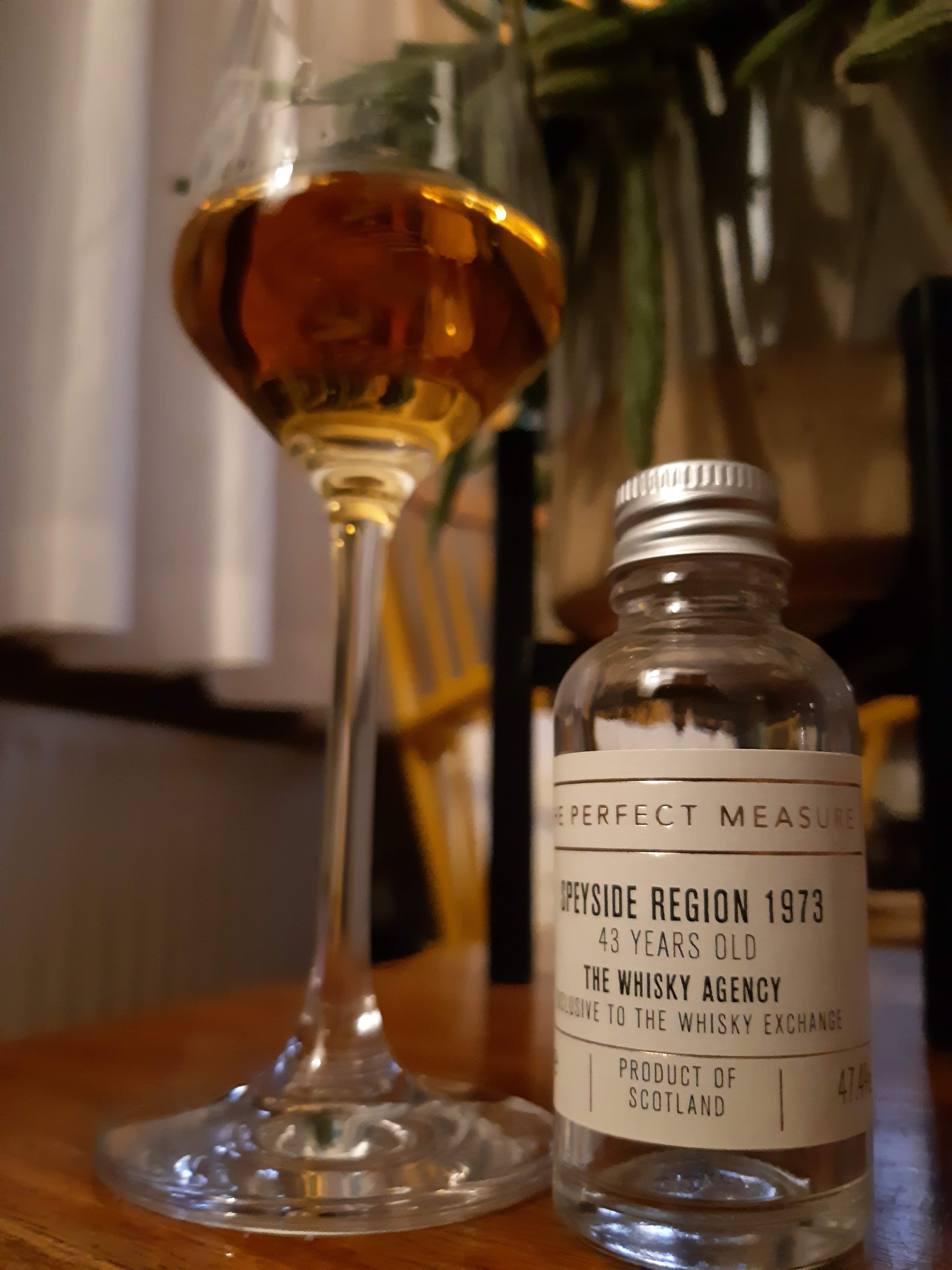 Sniff:
Very old and a very classic whisky. Sweet with honey and old, but not funky oak. Ripe peaches, a hint of apple, apricot jam and stewed apple. Quite a bit of beeswax, candied lemon and mandarin.

Sip:
Not sharp, but there is some warmth and a lot of fruit. Apple core, peaches and oak. Beeswax, candied citrus fruit, both sour and sweet. Honey, mandarin, apricot jam again. A whiff of smoke and old casks.

Swallow:
The finish has a bit more freshness, more the citrus fruit than the waxy notes. These are still present, but the fruitiness is ramped up a little bit. Strangely, it’s a bit beery, in the way the oak shines through.

Honestly, this is a cracker. The layers of flavor that explode from the whisky as soon as you start sniffing it is fantastic. The tropical fruitiness hits first, then you get the waxy and woody notes. After all that you get the citrus. It keeps giving.

I don’t remember exactly what it cost when it came out, but it was, I think, some 300 or 400 pounds. Now it’s only available in the secondary market for almost 600 euros. Of course, it’s going up in price, but I can imagine buying this at the original price and be quite chuffed with it. That doesn’t happen often with prices like this. Awesome, awesome stuff.

Thanks to The Whisky Exchange for shipping a sample over. It’s amazing.

I'm very interested in booze, with a focus on whisky. I like to listen to loads of music and play lots of Magic: the Gathering, and board games too. I'm married to Anneke, have two daughters Ot and Cato, a son Moos and a cat called Kikker (which means Frog, in Dutch). I live in Krommenie, The Netherlands.
View all posts by Sjoerd de Haan-Kramer →
This entry was posted in - Blended Malt and tagged 1973, Blended Malt, Free Sample, Sherry Cask, Speyside, The Whisky Agency, The Whisky Exchange. Bookmark the permalink.