A short photo report of a whisky night in The Hague 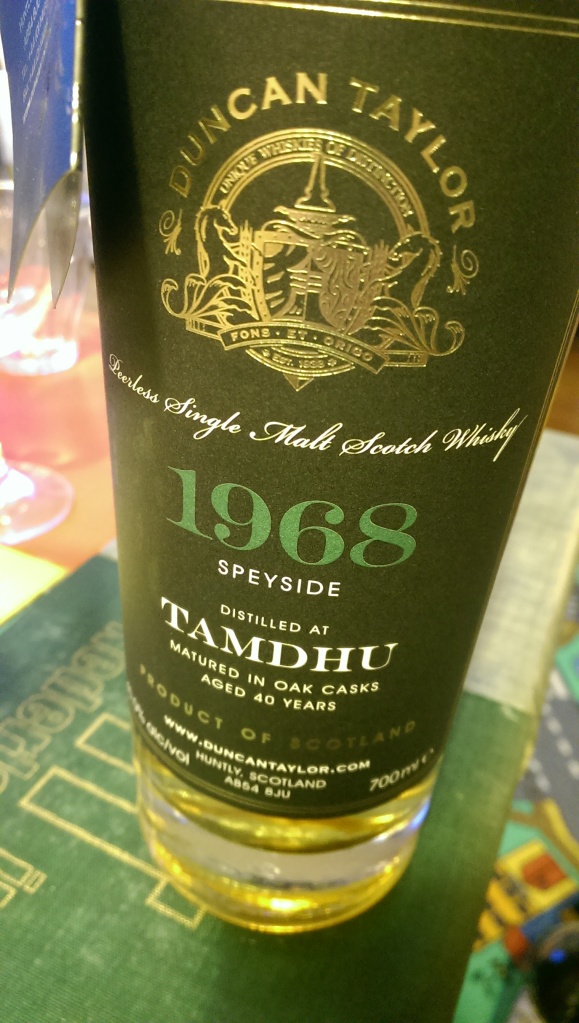 A 40 year old Tamdhu. Awesome nose, but falls completely flat on the finish. 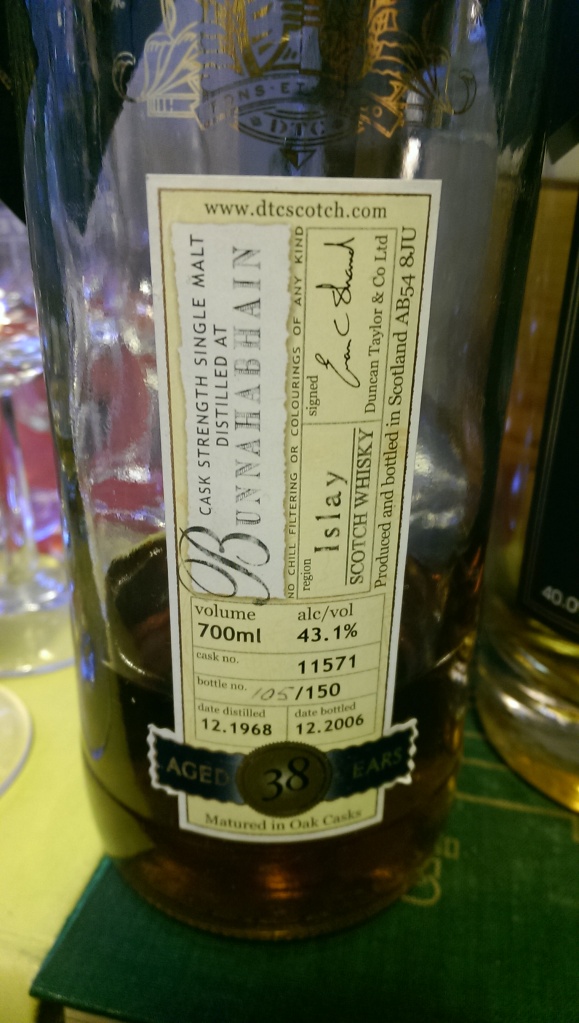 Bunnahabhain 1968. Different from what I expected but very good. 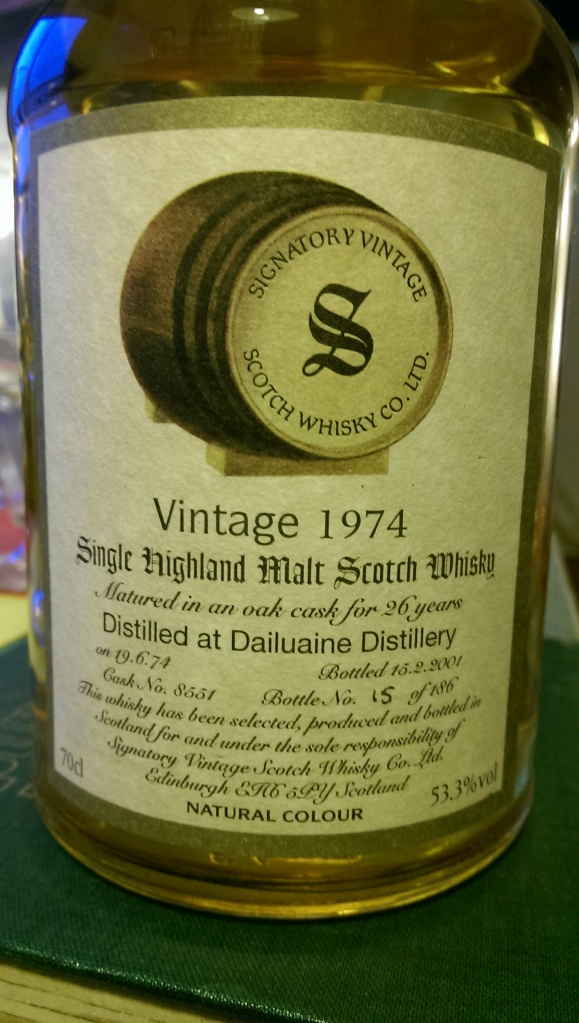 Dailuaine is unpredictable. This one proves that. Beery, fierce, and hard to ‘unlock’ 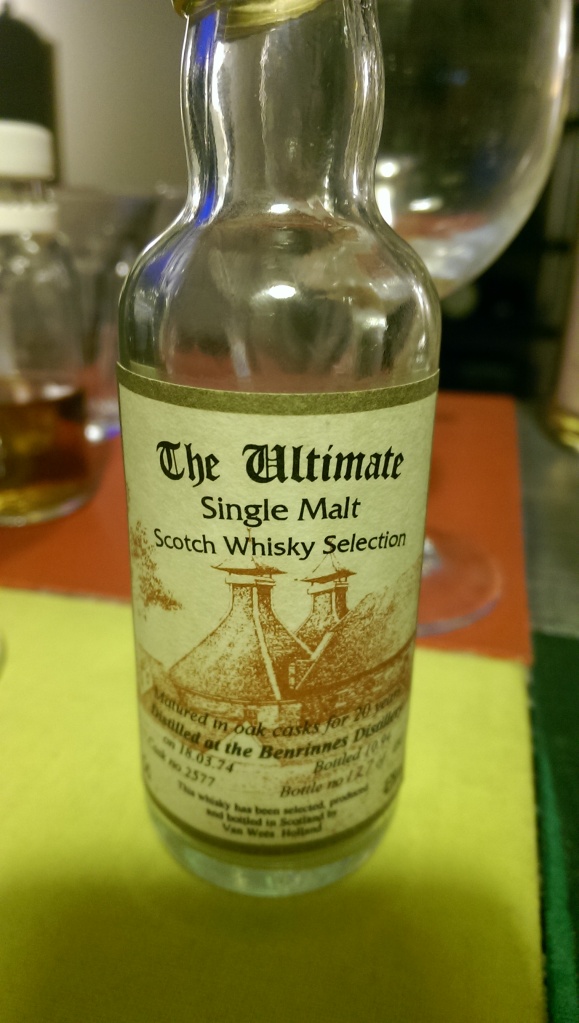 An Ultimate Benrinnes. Tasty, but a little thin. 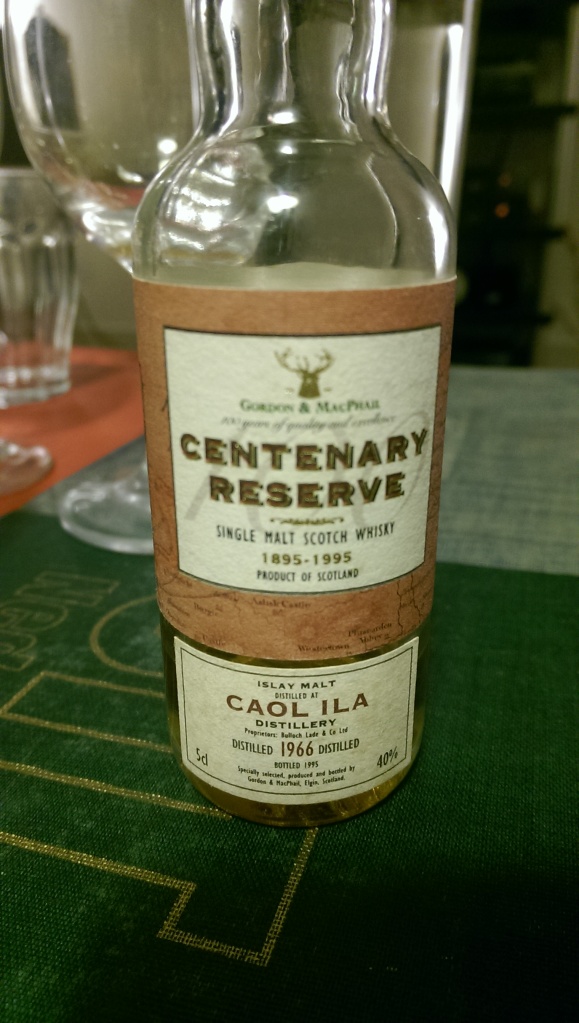 This one was weird, but absolutely awesome.

Well. This. A wine cask that could’ve been a sherry cask. 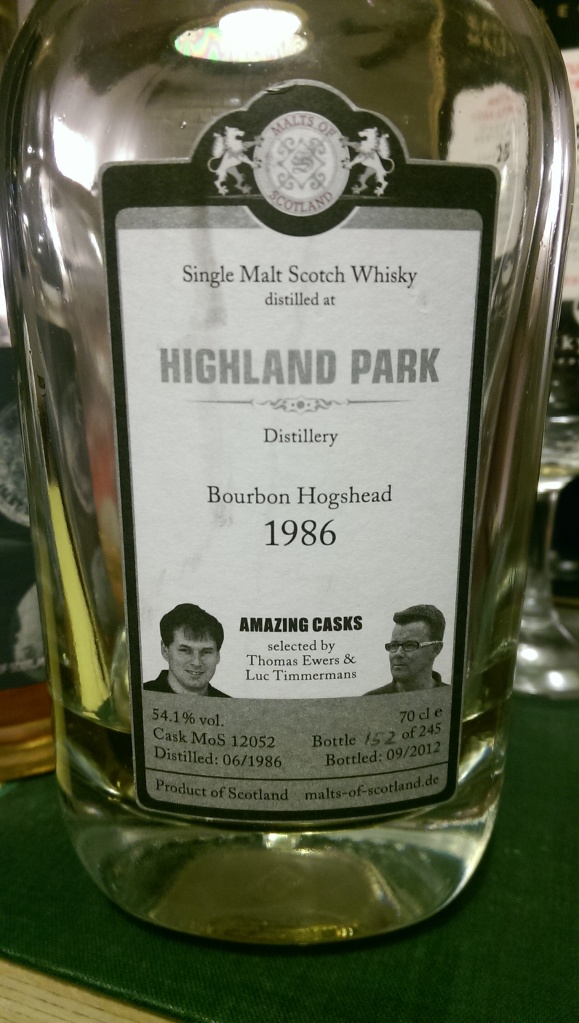 A very farmy Highland Park. I wish I had a bottle of this! 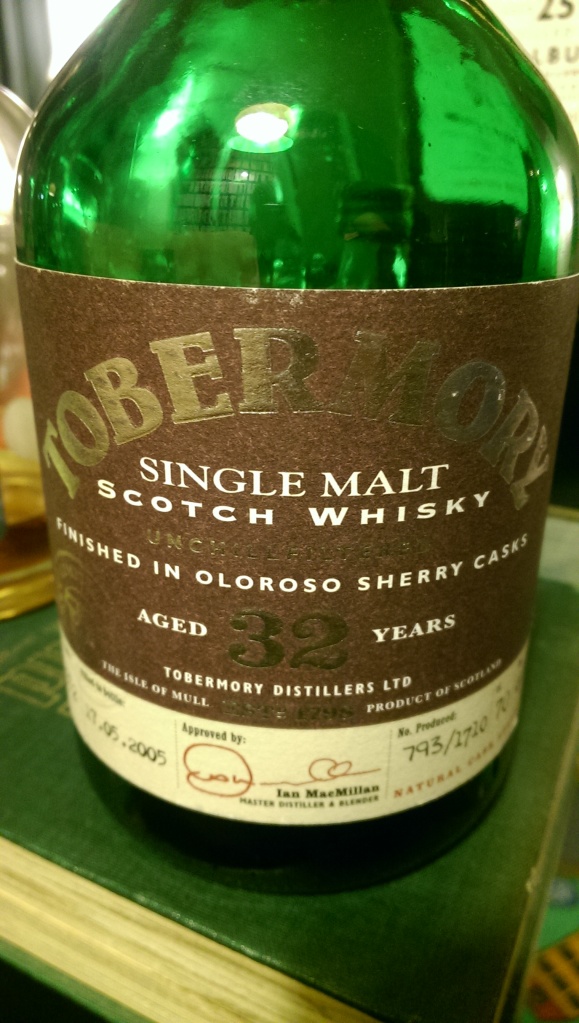 After Eight, in a bottle. Ridiculously good.

I'm very interested in booze, with a focus on whisky. I like to listen to loads of music and play lots of Magic: the Gathering, and board games too. I'm married to Anneke, have two daughters Ot and Cato, a son Moos and a cat called Kikker (which means Frog, in Dutch). I live in Krommenie, The Netherlands.
View all posts by Sjoerd de Haan-Kramer →
This entry was posted in Benrinnes, Bruichladdich, Bunnahabhain, Caol Ila, Dailuaine, Highland Park, Tamdhu, Tobermory and tagged 1968, 1972, 1973, 1974, 1986, 1990, Benrinnes, Bruichladdich, Bunnahbhain, Caol Ila, Dailuaine, Duncan Taylor, Gordon & MacPhail, HIghland Park, Malts of Scotland, Signatory, Tamdhu, Tobermory, Ultimate, Valinch. Bookmark the permalink.