When I started drinking whisky, Ben Nevis was one of those distillery that just ‘existed’. Nobody cared about them, and most of what came from the distillery was either a cheap blend, or pretty shit (or both). Of course, sometimes there was a great single cask, but those were few and far between. Luckily, back then these were affordable.

Nowadays, Ben Nevis has had some kind of revival and there have been numerous really good, sometimes great, single casks over the last couple of years. Those with some age on them, from the mid-nineties, are scoring high marks left and right.

The result is that even the 10 year old is pretty hard to get. That 10 year old official bottling for for around € 50. Not cheap for a 10 year old OB, but very much worth in when compared to its contemporaries at similar ages.

This review is not of one of those official bottlings, but of one of these older single casks. Bottled at 46% and drawn from a bourbon barrel in 2017. 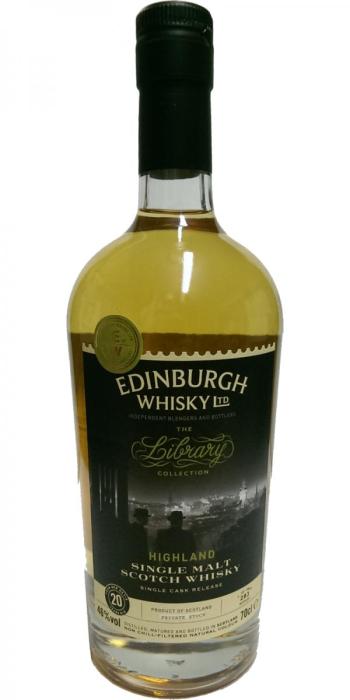 Sniff:
Big and typical for Ben Nevis, but with a bit more cask influence than normal. So also big pastry and vanilla notes, with stewed apple and a bit of oily funkiness. Engine grease behind it all, with some grassy notes as well. Twigs and a light woodiness.

Sip:
Very smooth and creamy on the palate. Pastry cream, with hints of vanilla (not too much though) and milk. After that, I start getting a bit more dryness, a bit more wood and twigs and grass. Still, there’s a bit of a sweetness going on, which is accompanied by some black pepper and chili pepper.

Swallow:
The finish carries on down the same line, with not much of an addition, but it does feel like a rather classic whisky. There’s cask influence with vanilla and sweetness, and the spirit makes itself known with grass, engine grease and a bit of Ben Nevis funkiness.

I can only imagine the ‘size’ of this would it have been bottled at cask strength. Now it’s a bit toned down and still makes for a very, very good dram. There’s a lot of things happening and the cask hasn’t overpowered the spirit yet, which makes for a good whisky. With this being a 46% bottling, it feels a bit like a gateway drug to those higher strength and even better Ben Nevises.

I'm very interested in booze, with a focus on whisky. I like to listen to loads of music and play lots of Magic: the Gathering, and board games too. I'm married to Anneke, have two daughters Ot and Cato, a son Moos and a cat called Kikker (which means Frog, in Dutch). I live in Krommenie, The Netherlands.
View all posts by Sjoerd de Haan-Kramer →
This entry was posted in Ben Nevis and tagged 1996, Ben Nevis, Bourbon Cask, Edinburgh Whisky Ltd., Fort William, Highlands. Bookmark the permalink.