Last Saturday was the day of this wee blog’s fourth birthday party. Not the actual 4th birthday but due to pregnancy and the lack of planning thereof we pulled that forward a little bit.

As said in the announcement post I organized a much smaller party this year with only 7 guests. I invited slightly more but since it’s the holiday season not everybody could make it.

That also meant that we didn’t have to go through 30 whiskies. Instead, it was just some 17 bottles or so. At least, I have 17 pictures of bottles but I might have missed some. I started the party with a (mass produced lager) beer because it was about 35 degrees in our back yard. Not really weather for Lagavulin, so to say. After that I made Sazeracs for all, and by doing so, I finished my bottle of Zuidam Dutch Rye. That one goes really well in a Sazerac. 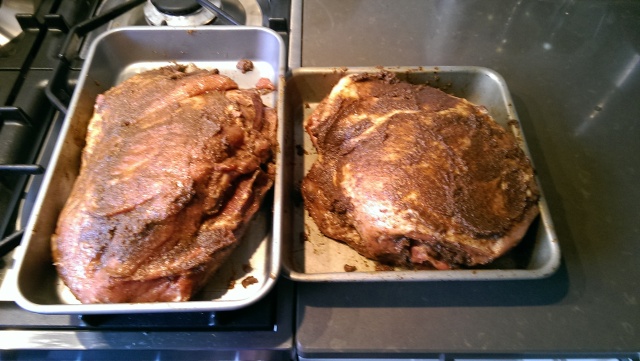 Of course, the inner being has to be taken care of too so there was some barbecue going on. I made pulled pork (it’s an annual staple by now) and between 9 of us (7 guests, me and Anneke) we worked our way through some 7 pounds of pork butt. It was pretty good and I could do a head to head between my two Weber barbecues. So far, the Weber Go Everywhere beats the Weber Compact.

Bruichladdich. Sweet on the nose, slightly bitter on the palate. Inconsistent but very enjoyable. I loved it.

A very surprising young Mortlach. Highly enjoyable and a big surprise. Not as meaty as usual 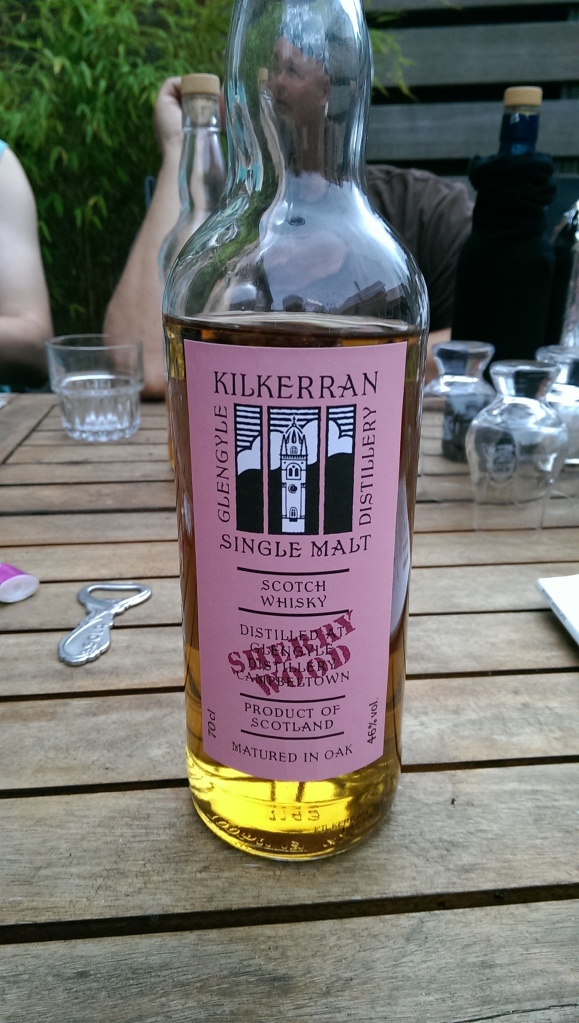 A new Kilkerran. Much more peaty than expected. We figured it was Longrow or Bunnahabhain. Very good. 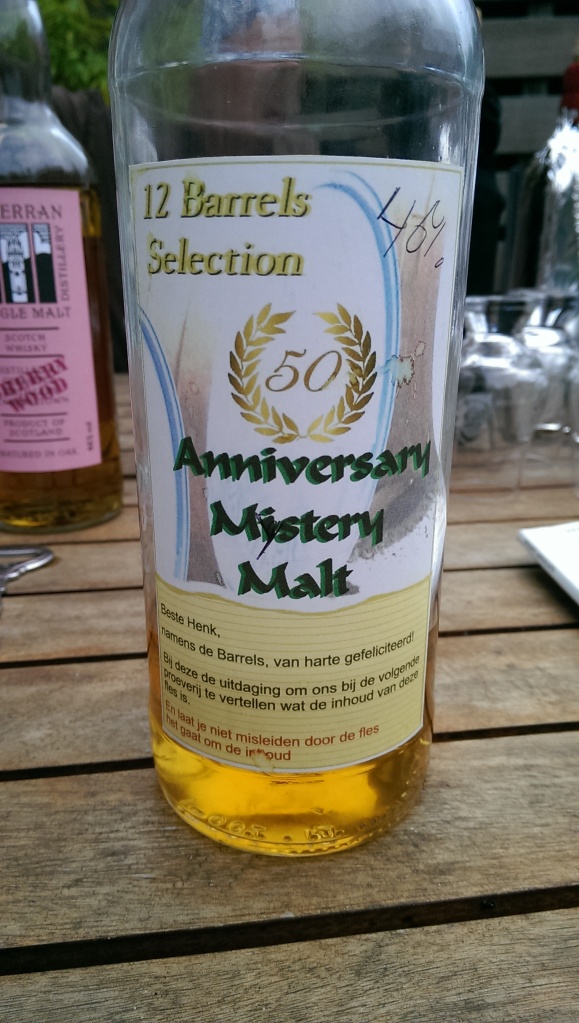 Don’t even remember what this actually was. Help me out here, guys! 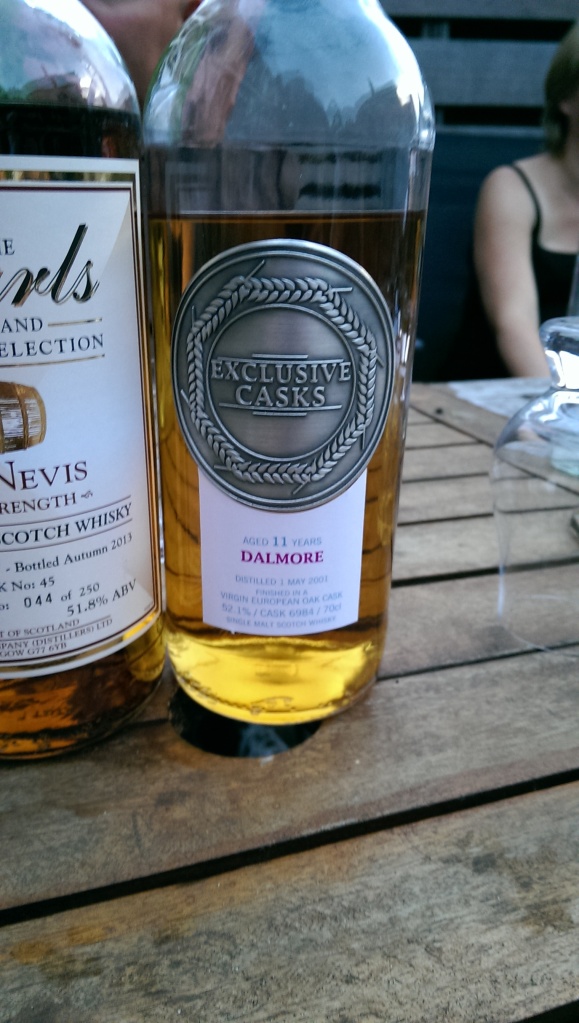 Dalmore Virgin Oak. I had it before and would NOT have recognized it. Lots of oak going on here. 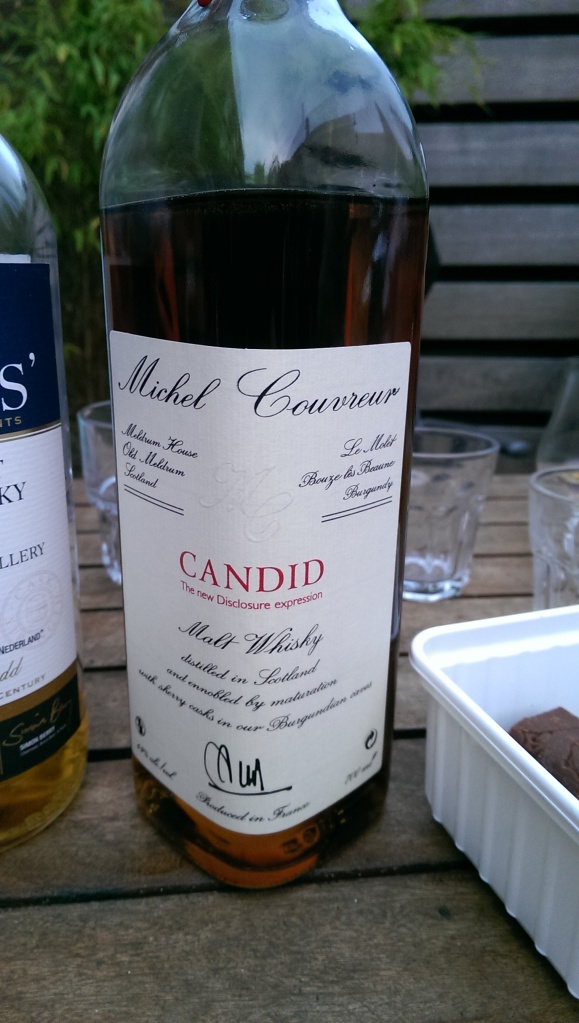 Michel Couvreur’s Candid. Not liked by everyone, but I love the bitter and salted caramel notes. 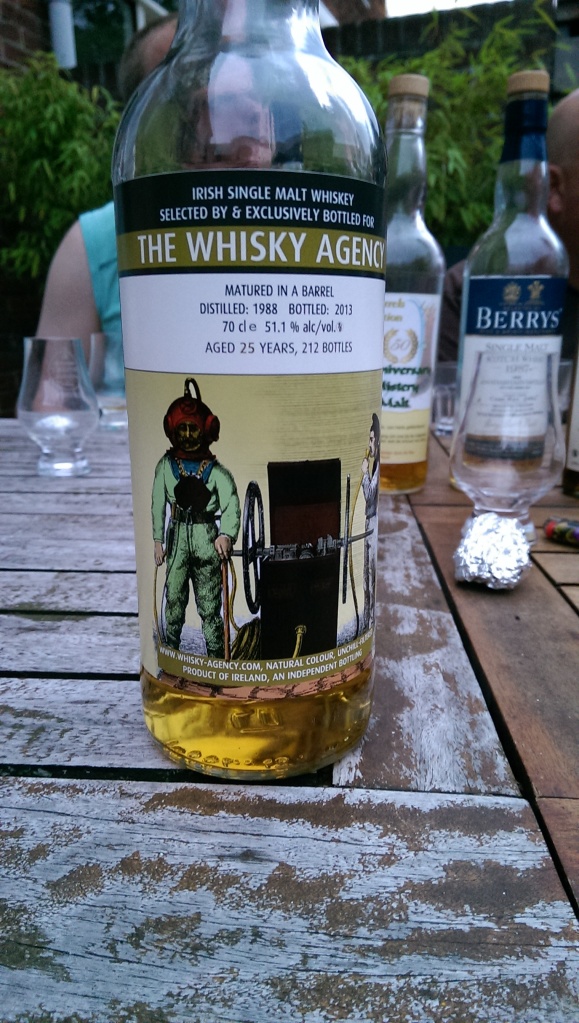 Cooley? Utterly delicious. One of my favourites of the evening. 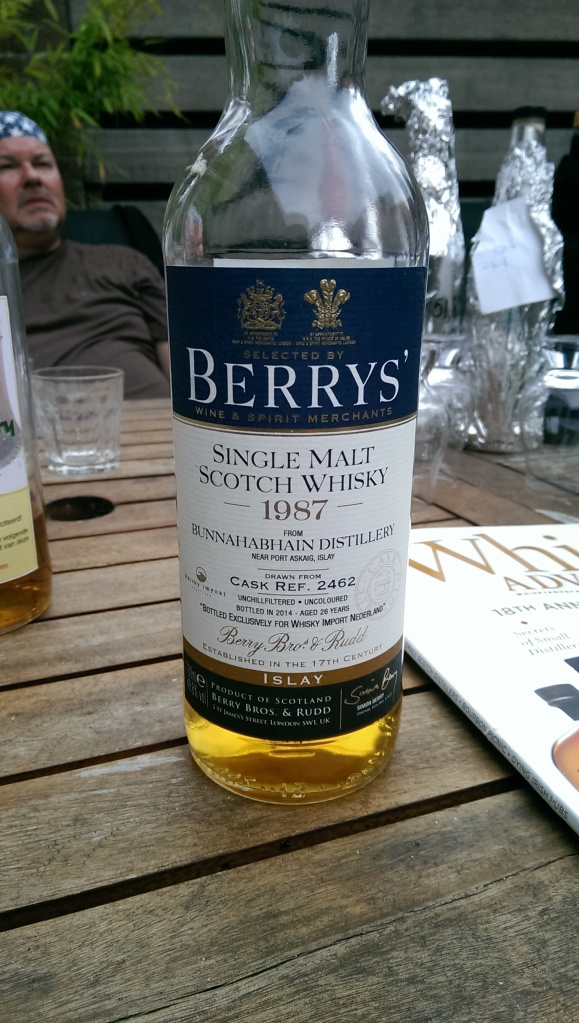 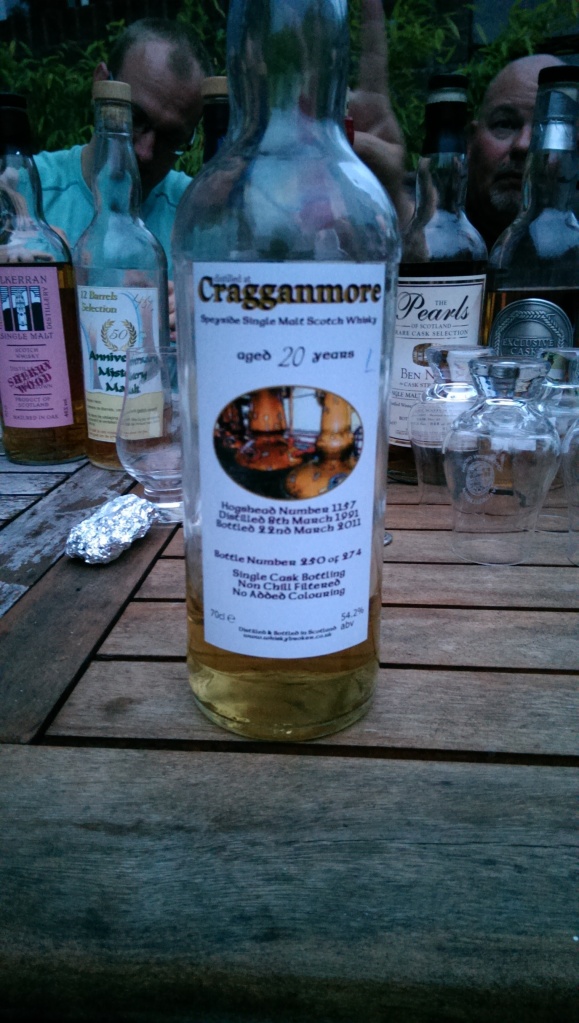 Cragganmore. Quite nice too. 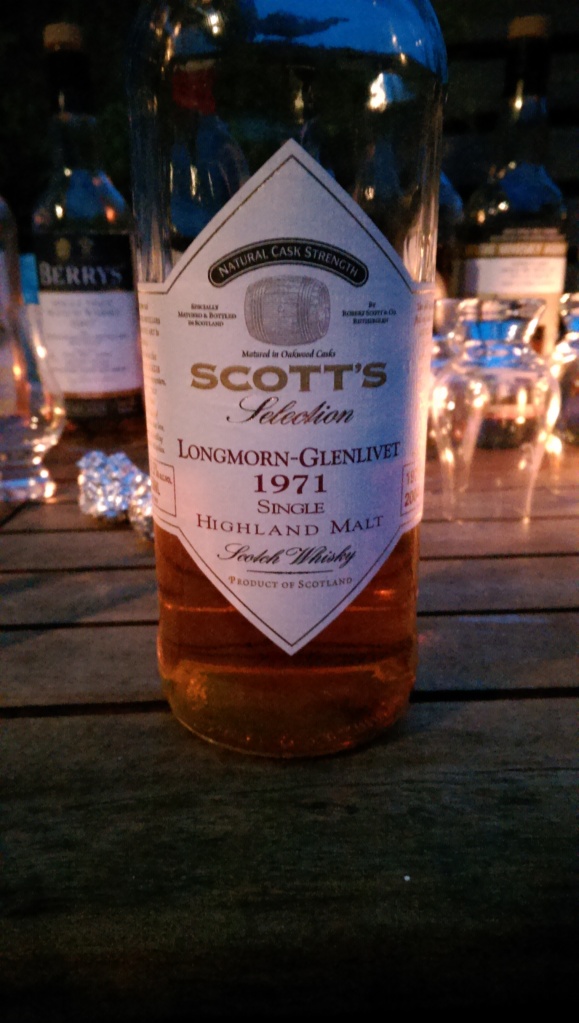 Bowmore Feis Ile. This was a rather lovely one. Better than last year’s bourbon cask.

Clynelish Distillery Only. The overall winner of the night?

Kilchoman Loch Gorm #1. We kept pushing the peat back. It is lovely.

As you can see, the pictures got blurry-er near the end of the night, which is comparable to my level of thought. After all this H&H pulled out some well aged 2007 vintages of Westvleteren 8 and 12. Those are some awesome beers!

I had a pretty kick-ass evening and I hope everyone else did as well. The next morning was pretty tough with Ot waking up at about 5.45, and preparing a lunch for 12 people. We have to plan better next year…

So again, thanks to Anneke, Henk, Helen, Henk, Tom, Thomas, Jeroen and Teun